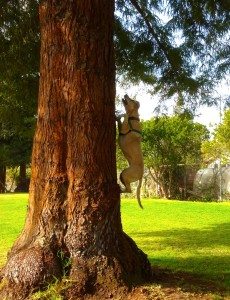 The other day I was kicking around the park with my dog—just chasing squirrels and smelling old urine—while my dog entertained herself. Next thing you know, I stumbled across a duffel bag filled with cash. The thing was practically bursting at the zipper with dirty fistfuls of unmarked bills—just like a Chippendales dancer.

I did what any god-fearing, red-blooded American would do in that situation, of course. I took the money, drove around town at night, and hucked bundles of it at the doors of homes in poor neighborhoods (Dolores Heights, Rockridge, Ross) until it was all gone.

What? You thought I’d keep it?

No way. I’m not an idiot. If there’s one thing I learned from the movies, it’s that premarital sex will get you killed by a psycho wielding an impractical garden implement, but if there are two things I learned, the second is that you NEVER NEVER NEVER keep mysterious satchels of cash that inexplicably fall into your lap.

They are as bad for your health and relationships as a Chippendales dancer.

In case this valuable cinematic lesson has somehow escaped your money-addled mind, please allow me to financipate you from your misconceptions. Keeping bags of discovered money is a one-way ticket to the bottom of the lake, or to the sharp point of a knife, or—best case scenario—Chuck E. Cheese on a Saturday afternoon when you’ve got a hangover. It’s worst kind of good news you can get. Or the best kind of bad news, I suppose, depending on how long you survive.

In case you hadn’t guessed, this week’s Mind Control Double Feature is all about easy money, the misery it invariably causes, and the pleasure we get from watching greedy mugs get their comeuppance while we fantasize about finding our own cursed bag of easy money which won’t cause us any trouble in the slightest. 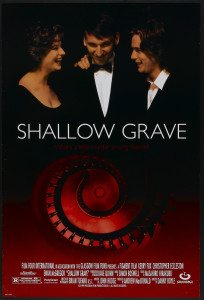 Without Shallow Grave, most of us wouldn’t know the names Danny Boyle, Ewan McGregor, or Christopher Eccleston. You can debate the merits of that reality all you like, but it’s true.

Personally, I dig Eccleston, can stand McGregor, and love Danny Boyle. He’s got a zippy style that’s not shy about color or kinetics. Although, as a director, he might occasionally stray into the lurid (Trance, for example) or fall for ill-considered experiments (avoid A Life Less Ordinary at all costs), he unquestionably knows how to put on a show. This he proved with his first feature, Shallow Grave.

If you’ve watched Danny Boyle films—and you have—you’ll recognize Shallow Grave as his from the first moment it starts, with its pulsing electronic Leftfield soundtrack and its sped up opening shot that straps you to the hood of a speeding car. We’re in Edinburgh (Glasgow, actually) about to meet three of the most irritating flatmates you could ever not want to meet. Juliet (Kerry Fox), David (Eccleston), and Alex (McGregor) are interviewing potential roommates, mainly by taunting them to see how quickly they deteriorate into hysteria. 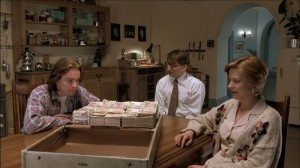 Let’s invest it all in rotary telephones and shoulder pads.

Of the three, Alex is easily the douchiest. He’s a louche reporter with an exaggerated sense of self-worth and a big mouth. Juliet is a physician, which begs the question why she’s living in a four-bedroom shared flat, and David is a busy and subdued chartered accountant. Are the characters in John Hodge’s screenplay a tad broadly painted? Why yes they are. No matter, though, as we haven’t met the fourth, most fascinating flatmate yet: a suitcase full of bills.

The trio invite the genial Hugo (Keith Allen) to live with them, at which point he promptly dies, leaving behind some personal effects, some heroin, and enough cash to tempt you to imitate Scrooge McDuck. Do our non-stalwart heroes resist the lure of easy money and phone up the police?

Oh hells no they doesn’t.

This makes for some excellently tense drama, no lack of bold color (red, if you must know), and some good old school psychopathy. 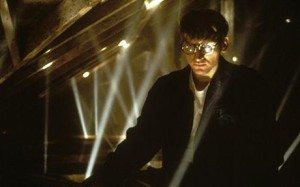 There are a few holes in your plan, David

Watch Shallow Grave and see if you don’t just love to hate Alex, Juliet, and David. Can you guess which one will crap his or her pants first? Who will turn on whom?

Although the script is in some ways ungrounded, Hodge does paint scenes that feel authentic and—despite the familiar track the film treads—novel. It’s one thing to talk about disposing of a corpse; doing it is slightly more unpleasant. In these scenes and others, the film affixes its characters for our ghoulish dissection. It’s wonderfully horrible. Hodge went on to collaborate with Danny Boyle on Trainspotting and others.

Watching Shallow Grave again this week, it reminded me of nothing so much as Blood Simple, the Coen Brothers’ first film. This is another nasty little neo noir that reveals how an established style finds its feet.

And then cuts those feet off, throws them in the incinerator, and hopes no one comes looking for the money.

Spoiler alert: someone is going to come looking for the money. 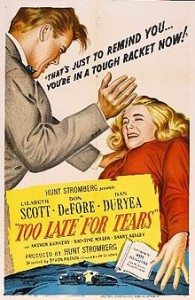 I was going to rub it in, how I got to see a newly restored print of the previously unavailable, 1949 film noir teeth-gnasher, Too Late for Tears, at this year’s Noir City festival, but that would be cruel.

Plus, there’s no point. You can watch the film in its entirety right now.

Too Late for Tears is practically the only thing in American history that has fallen into the public domain. You may not be able to view a newly restored 35mm print of it at the glorious Castro Theatre, but watching it is free, legal, and easy. So it’s just like finding a bag of cash, except free, legal, and easy.

The story told by Too Late for Tears is as old as time. A married couple Alan (Arthur Kennedy) and Jane Palmer (Lizabeth Scott) head off to a dinner party in Los Angeles when they start to squabble. Jane hates the hostess—the woman always makes her feel low rent—and refuses to go. As the pair wrestles over the wheel, another car drives past and throws a satchel into the open top of their moving convertible. 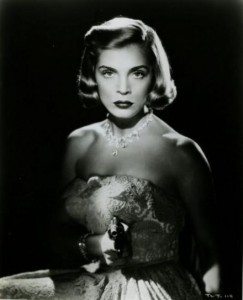 When they pull up and open the bag, it’s full of cash.

With this lovely little prelude out of the way, Director Byron Haskins (War of the Worlds among others) pulls the ripcord on Jane Palmer, letting her rampant lust for wealth slow her descent to Hell while everyone around her plummets to the pavement as fast and as hard as they can. If that’s not fast enough for Jane, she’s not shy about giving them an extra push.

Alan has clearly learned his lesson concerning bags of cash and wants to turn it in, but Jane won’t let it wriggle out of her grasp. No matter what it takes, she’s hanging onto the bread. Lucky for us, that means she runs up against the excellent Dan Duryea as Danny Fuller. Danny’s a grifter and a crook but he’s no match for Jane. Jane is beguiling, savvy, and as heartless as one of Mola Ram’s sacrifices.

Since Too Late for Tears is a film about people finding a bag of money, you’re likely already wise to where it’s headed. What you wouldn’t know is how wry and wonderful the dialogue is. Jane is a devilish minx and she doesn’t hold back on how she feels. As what she mostly feels is contempt, her barbs are as entertaining as they come. Danny may be outmatched in the scheming department, but he’s no slouch when it comes to repartee. His sad sack slide to ruin is one of the best I’ve seen. It’s like if you took Wilmer (Elisha Cook Jr.) from The Maltese Falcon and gave him a spin off sequel. 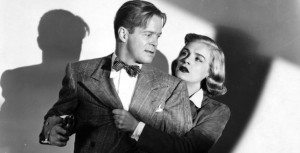 I’m not as smart as you think I’m not.

Then there’s Don DeFore as the mysterious interloper, Kristine Miller as the hapless sister, Barry Kelley as Lt. Breach, and enough violent ends and double-crosses and switcheroos to keep your jaw firmly planted in your lap.

There are darker noirs than Too Late for Tears, and ones with snakier plots, but this film is as entertaining as they come.

So kick back, relax, and take pleasure in watching greedy mugs get their comeuppance while you fantasize about finding our own cursed bag of easy money. Certainly, when yours shows up, everything will turn out peachy.

If you’re worried about it, I’ll hold onto it for you. You can trust me.