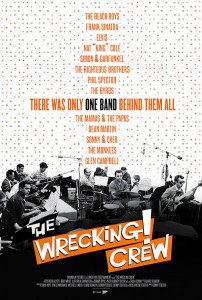 The best band you never knew you knew is The Wrecking Crew. Consisting of a large, rotating cast of characters, but with a core group always intact, The Wrecking Crew, so called by an older generation of studio musicians who thought they’d wreck popular music, played on hundreds of famous and not so famous recordings throughout the ‘60s, but at the time (and even now) were mostly unknown to the general public. They were the studio band every producer wanted because they were the best, the tightest, the most experienced, the most creative, and probably the most fun, too. Also, unlike the older generation, they loved rock and roll.

The Wrecking Crew played on albums by The Beach Boys, Elvis Presley, Simon & Garfunkel, Bing Crosby, Nancy Sinatra, The Righteous Brothers, Sony & Cher, The Carpenters, John Denver, The Mamas & The Papas, The Byrds, The Monkees, and etc., they comprised Phil Spector’s famed wall of sound, and they played just about every single TV theme song of the era. 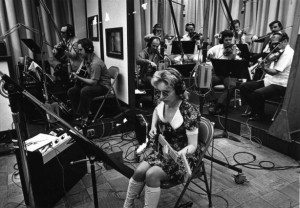 Carol Kaye lays down the groove

Speaking of Kaye, she was the one woman in the band, and she’s dynamite. The number of hit songs she contributed to is outrageous. And she and the Crew weren’t just playing pre-written parts. Often times, the artists whose songs they were recording had vocal melodies and chord charts and little else. It was up to Kaye and the rest of the Crew to come up with the orchestrations, the feel, everything, really. It’s estimated she played on over 10,000 sessions in her career.

Then there’s drummer Hal Blaine. He’s considered to be the most recorded drummer of all time. He played on over 150 top ten singles, and all told played on over 35,000 pieces of music. Which I find difficult to comprehend. 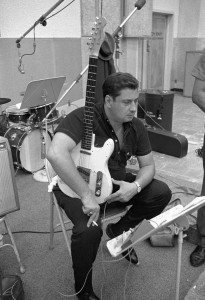 The Wrecking Crew, the movie, is directed by Denny Tedesco, son of legendary Wrecking Crew guitarist, Tommy Tedesco. The movie was finished and began playing originally way back in ’08 at various festivals, but not until a Kickstarter campaign raised enough money for the rights to all of the songs in the movie was it finally released to the paying public this year.

It’s a well made doc, full of music and clips from the ‘60s, and interviews with the surviving members of the Crew, plus older interviews of those who’ve since died. Like guitarist Tedesco. Who seems like an especially fun guy to have played music with. Denny, his son, though inspired to make the movie because of his dad, wisely doesn’t make it all about Tommy. That his father was a major part of this unsung band is used as the framing device for the larger story of everyone who played in it. 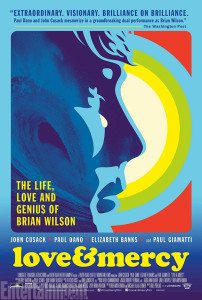 The Wrecking Crew makes an appearance in another 2015 musical movie, the unusual Brian Wilson bio-pic, Love & Mercy. Or at least current studio musicians playing the Wrecking Crew do. Written by Oren Moverman and directed by Bill Pohland, Love & Mercy tells the tale of two eras in Beach Boys mastermind Brian Wilson’s life: the period in the ‘60s when Wilson stopped touring and wrote and recorded Pet Sounds, and the period in the ‘80s when, following the lowest point in his life, while under the “care” of the mostly insane psychotherapist, Dr. Landy, he met his future wife, Melinda.

Wilson is played by two actors. Paul Dano as the younger version, and John Cusack as the older. Both are very good, though Dano gives the better performance. Fattening up slightly for the role, he embodies the slowly cracking up genius’s weird affectations and impenetrable mind. Cusack is good too. Better than he’s been in many movies of late. At first you think he looks nothing like Wilson, but check out photos of Wilson from the ‘80s and the resemblance becomes more apparent. 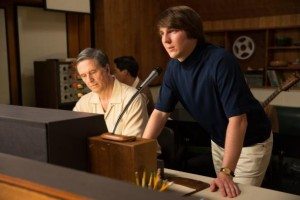 Dano as Wilson in the studio

Elizabeth Banks plays Melinda, the nice and eventually very strong-willed love interest, and Paul Giamatti is the crazed Dr. Landry. Landry comes off as a wild vision of cartoon evil, yet according to writer Moverman, they actually had to tone down Landry from the real guy, of whom many recordings exist. No one would have believed how insane the real Landry was. Even as Giamatti plays him, it’s hard to imagine a man so demented and controlling.

For a musician bio-pic, Love & Mercy is unusual. A good thing. It’s not out to tell Wilson’s life story. It uses two major moments in his life to imply the larger picture, and does it well. The scenes of Dano as Wilson in the studio making Pet Sounds with The Wrecking Crew play almost like a documentary. They very much capture Wilson’s genius vibe. 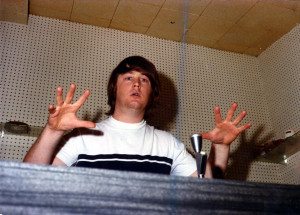 The real Brian Wilson in the studio

As related by the actual Wrecking Crew in the actual documentary, Wilson would sit at the piano and go around the room playing or singing every musician’s part to teach it to them. By the time he got back to the first musician, they’d have forgotten what to play, and Wilson would start again, until finally everyone had their parts. Then they played it. And Wilson could hear the orchestra in his mind come to life.

Love & Mercy’s studio scenes continue with the recording of what may be the strangest pop single in the history of recorded music, “Good Vibrations.” A great moment of which has Wilson directing the cellists for what seems like hours to get that weird, percussive outro sound he hears in his head. The only thing lacking is the theremin. I wanted to see the theremin player! 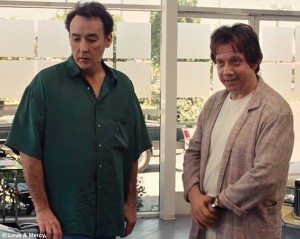 Cusack as Wilson, Giamatti as the nutjob doc

The ‘80s half of Love & Mercy isn’t quite as compelling. There’s something intensely pleasing about watching a musical genius create his masterpiece. Watching a wreck of a man being mistreated by a mad doctor and going on dates with a nice lady isn’t quite so engaging.

The music in Love & Mercy, by Atticus Ross, is a tapestry of Beach Boys songs woven into trippy soundscapes. Brian and Melinda Wilson were instrumental in getting the movie made, and gave the filmmakers access to the original Beach Boys tracks, and I mean the individual instruments, pre-mixing. Ross takes those pieces and weaves them into an impressionistic aural tapestry one can imagine swirling around in Wilson’s head.

The other members of The Beach Boys are a bit bent out of shape at studio musicians taking over. Shouldn’t they be playing on their own records? Well. Maybe so, but they can’t play the crazy shit Wilson is writing. When Pet Sounds fails to be as big a hit as their past records, they feel vindicated, and want to go back to surfing songs about girls. Wilson responds with “Good Vibrations.” 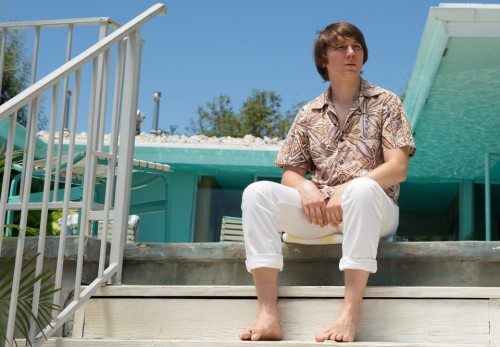 Speaking of the reverence felt for the music of The Beach Boys, Micky Dolenz of The Monkees, who’s interviewed quite a bit in The Wrecking Crew, makes a point both astute and funny: The Monkees, of course, were given endless shit about being non-musicians in a fake TV band. Yet the band playing the hit songs on which they sang was the same band who played (many of) the songs the Beach Boys sang.

There’s a reason so many great pop songs in the ‘60s were so great. One of the greatest bands of all time played every damn one of them. It’s very much worth watching The Wrecking Crew to see who these people were, and to listen to what they accomplished.

Love & Mercy makes for a nice double bill follow-up. It’s maybe not a great movie, but it’s different, and that counts for plenty these days. 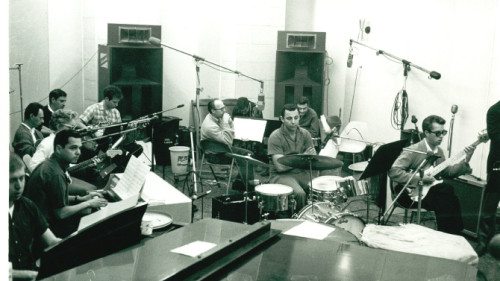