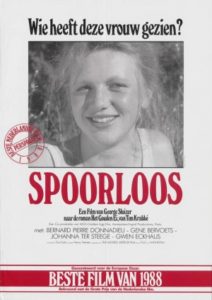 Nothing about The Vanishing (Spoorloos), a Dutch film from ’88, goes quite as you expect it to. At some point you imagine you know how it has to end, but it’s such an unlikely ending, you assume you’re wrong. You’re not. Unless you happen to be watching the ’93 American remake, the epitome of dumb Hollywood remakes of foreign movies probably only rivaled by the likes of City of Angels. You should not be watching the remake.

A young couple, Rex (Gene Bervoets) and Saskia (Johanna ter Steege), on a romantic getaway, and following an eerie scene in a long tunnel, pull into a busy gas station/rest stop. After a bit of frolicking on the lawn, Saskia walks away to the mini-mart to buy sodas.

She doesn’t come back.

Rex spends a distraught day at the rest stop, questioning employees, trying to piece together what happened. He can’t make sense of it. Nobody knows where she went. 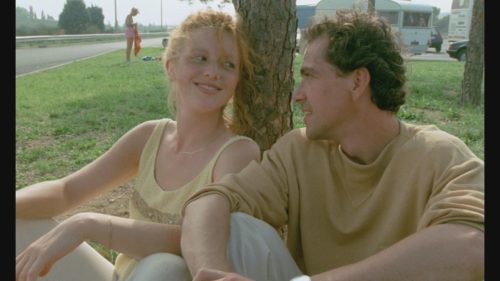 At which point one might assume this is going to be a kind of investigative procedural, Rex on a quest! The police useless, Saskia desperate, and but one clue, a Polaroid possibly showing Saskia’s abductor—or is it?! Entertaining movies have been made with less.

The Vanishing goes elsewhere, back in time with a new character, Raymond (Bernard-Pierre Donnadieu), a man so normal and friendly looking you figure he’s the worst kind of psychopathic pervert. His preparations for luring a young woman into his car and chloroforming her are so thorough and well thought-out they border on the comic. Actually comic are his initial failed attempts to do just that. 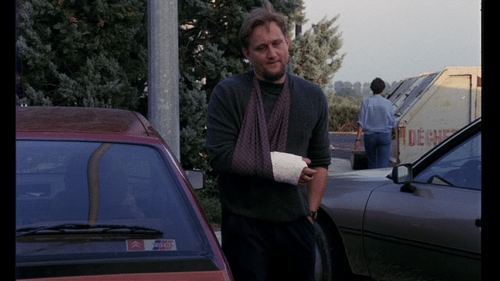 He’s got a cast–he can’t be psychotic.

No need to reveal much else. We know it’s Siska Raymond gets his hands on. But what’s his plan once he brings her to his lonely country house in which spiders run rampant? Rape? Murder? Lifelong imprisonment? Tea party? And what’s Rex going to do about it?

The ending will not be spoiled here. It’s wonderful. It makes as much sense as everything else in the movie, which is to say it feels right but only so long as you don’t spend any time thinking about it. It’s a subtly strange movie in every way, not surreal strange, strange in how it unfolds. Which goes to show what simply shaking up predictable story-telling beats gets you. It gets you everything. As soon as you’re led off the familiar path of crime/investigation/solution, the movie can go anywhere, and even if it winds up somewhere familiar, you won’t know until you’re there.

This is what I liked most about The Vanishing, and what keeps it fascinating from start to finish. I was constantly in a state of thinking the one thing every movie should keep us thinking: where the hell is this going next? 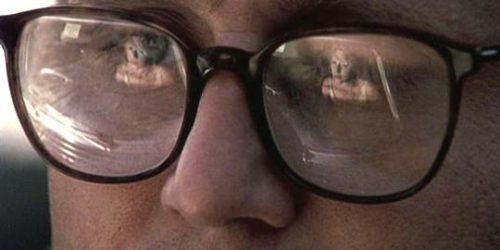 He’s got his eyes on you