As anyone who knows me or knows this blog knows, I am somewhat at odds with those who like more or less every movie they see. I have had it said to me more than once, “You sure hate movies!”, or words to that effect. This is, I find, a rather strange interpretation. My dislike of so many crappy movies is not because I hate movies. It’s because I love them.

I love them so much I tend to watch rather a lot of them. In 2015 I noted every one I watched, resulting in this post, which, I assured you at the time and hereby reaffirm, did not fail to interest and entertain everyone who is me.

This year I did the same.

To my surprise, I saw more movies this year than last year, 28 more. But it turns out this was almost entirely due to the opening of an Alamo Drafthouse theater in town, where, thank the gods of cinema, they show all kinds of weird old movies on 35mm. Last year I saw 63 movies on 35mm, this year I saw 83. Thanks, Alamo! Keep up the good work.

Film really is lovely. It continues to drive me up the wall when people gush about a new 4K restoration coming to theaters. Sure, that’s nice, we get to see it big again. But 4K, restored or not, ain’t 35mm. And anyhow, what do you think they restored to make their 4K scan? The film negative. You’d think they could maybe strike a few prints and send them around to rep houses. Harrumph, I say! 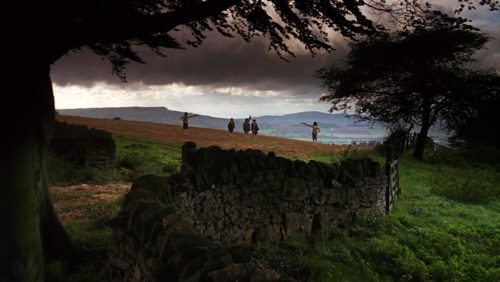 Thankfully, prints continue to float around out there. I saw some great ones. Barry Lyndon was amazing. It’s only real fault is being not quite as amazing as Kubrick’s best movies. I see it rarely (the last time must have been about 20 years ago at the New Beverly), but I always end up raving about it when I do.

McCabe & Mrs. Miller was beautiful beyond belief. The Life of Brian I’d avoided for at least 25 years after having memorized it as a child. Very fun to see projected in a theater full of Python fanatics. Some other favorites it was a pleasure to see projected: Blue Velvet, Dead Man, The Hidden, Breathless, From Russia With Love, Princess Mononoke, The Woman Chaser, Two-Lane Blacktop, The Evil Dead, 2001, and Lawrence of Arabia (in 70mm). 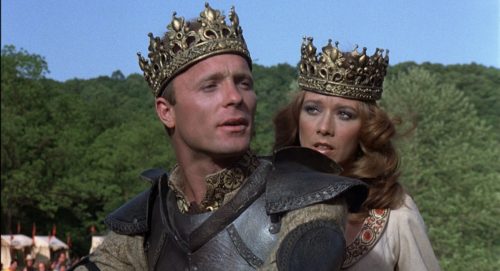 New ones, too. I love seeing old movies for the first time on film. Like Dr. Jekyll and Mr. Hyde. And George Romero’s Knightriders. And Sergei Eisenstein’s Strike, with the Alloy Orchestra playing their soundtrack live. Then there’s the movies no sane person would ever seek out on film, like Skatetown U.S.A., Troll 2, Surf II, Stunt Rock, Silent Night, Deadly Night, and Messiah of Evil. I don’t regret a single one.

The Noir City festival provided many of the ’40s and ’50s flicks listed you may never have heard of. No better way to see them than with a noir-crazed packed house.

The award for worst print goes to Deliverance, which was absolutely trashed. In some peculiar way, a faded, scratchy print is kinda nice now and again. If nothing else, it’s memorable. 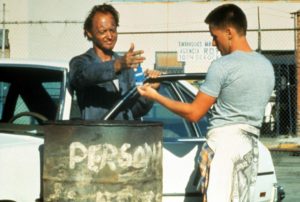 Best goof goes to Repo Man. Twenty years I’ve been in San Francisco, and I don’t think I’ve ever seen the Castro Theater projectionist put on the wrong reel. They did for Repo Man, about halfway through the movie. I know the movie by heart, but the weed treat I’d eaten was working wonders, and I kept thinking, is this right? Didn’t that character die already? What’s he doing here? My god, have I never noticed the continuity error in one of my favorite movies?! After two and a half scenes the movie stopped as though the film broke, then started up again with a scene different than what had been cut off. That’s when I caught on. Wrong reel, noticed by the projectionist three scenes in, movie stopped, right reel put on. I wonder how confused people were when, later on, that wrong reel was played in the right place and those two and a half scenes repeated? Maybe they didn’t notice. Maybe they’d eaten a weed treat too.

I’d muse on the hundreds of flicks I saw on video, and the rest digitally projected, but who’s got that kind of time? There are too many movies to watch.

And now the breakdown by decade. Number of movies seen, and in parentheses, number that were first time seen.

Just like last year, very few movies in the ’90s and not many more in the ’00s were new to me. I continue to suspect these were not the best decades for movies. In any case, not much jumps out from that era when I’m looking for something new to watch. Or so it would seem.

As with last year, a bunch of movies to catch up on from the last few years, and 57 new movies. Last year I saw 69 new movies. Guess I was too busy with all those old 35mm screenings to catch more new crap. I saw only one new movie twice, and that was The Lobster. Which seems to be forgotten by many people on their best of the year lists. I guess they’ve been too distracted these past weeks by Emma Stone’s eyes and Ryan Gosling’s charming jazz rants.

It seems I don’t repeat viewings often over a two year span. Of the 402 unique movies I watched this year, only 15 I’d also watched in 2015. They are: Blue Velvet, The Car, Dead Man, For A Few Dollars More, Inside Llewyn Davis, Inside Out, Lawrence of Arabia, The Lone Ranger (I’ll say it again: best giant summer effects flick in many a year. You’ll catch on eventually folks, trust me), Mad Max: Fury Road (if you count the B&W version as the same movie, which it kind of is and kind of isn’t), Paths of Glory, Powaqqatsi, Raiders of The Lost Ark, The Thing, Turbo Kid, Upstream Color.

Lo and Behold: Reveries of The Connected World (2016)* 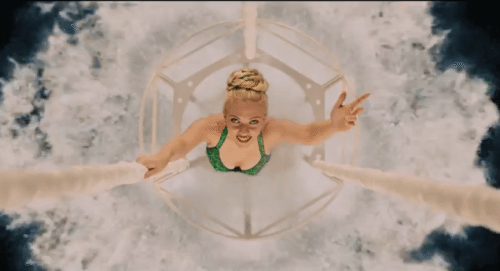