May the man who brought us zombies ever die? I say no. I say he’s even now reclining on some far-flung beach, lounging in the sun, sipping a captain’s grog, and feasting on the flesh of the living.

The first Romero movie I ever saw was Creepshow, when I was eleven. I don’t think I’d seen his zombie movies yet. Hard to say. As of age ten, I’d become enamored of horror, and was busily watching everything bloody and disgusting I could manage to rent from the nice Korean couple who ran the video store near my friend’s house. It wasn’t hard. They’d never heard of “ratings,” bless their hearts. But I might not have worked my way into zombies until I was twelve or so. 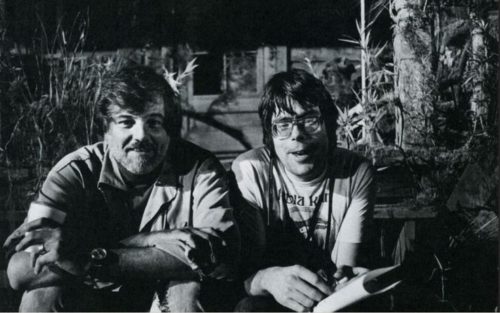 Romero with Stephen King on the set of Creepshow

Creepshow, though. It was horrific and funny in just the way I loved. It’s one of the first four movies I owned a VHS tape of. (The other three? Raiders of the Lost Ark, An American Werewolf in London, and 48 Hrs. Just like any other normal eleven year old boy in 1982.) I watched it often.

Night of the Living Dead was much less funny and much more terrifying than Creepshow. Dawn of the Dead was pretty much the best movie I’d ever seen. Give or take. But come on—the zombie’s head sliced off by the helicopter? Comedy gold! And the hordes of zombies falling all over escalators to shopping mall muzak? For me in the early ’80s, it didn’t get better (well, aside from The Thing, anyway).

Night of the Living Dead is, in retrospect, a work of genius. What the hell was it? Nowadays it’s taken for granted that horror movies are full of blood and gore. It’s what defines them. A bloodless horror movie is always noted as exactly that: bloodless. In 1968, horror as we know it now didn’t exist. Movies didn’t feature eviscerations and guts and exploding heads. Horror was vampires sucking bloodlessly on milky white necks, Frankenstein throttling little girls, devils fathering children, and so on. The scariest thing most people had seen in the movies was Norman bates stabbing Marion Crane to death in a shower, a scene in which the knife is never shown touching flesh. 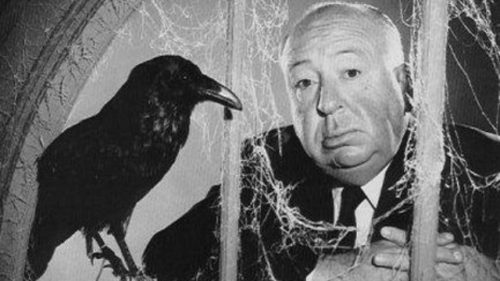 Not only that, but there was no ratings system in the ‘60s. The essentially voluntary Hayes Code begun in the ‘30s was more and more often ignored, senators and other busybodies were outraged at the nipples in such vile foreign smut as Antonioni’s Blow-Up, and it wouldn’t be until November of ’68 that the ratings system we currently suffer under came into being.

A month earlier, in October ’68, Night of the Living Dead opened. People were not ready for it. Again, horror of this kind didn’t exist, at least not in anything like a mainstream fashion. No ratings system existed to suggest what it might contain. It was shown like any other B-movie audiences hoped to get a few scares out of.

No one was prepared to watch shuffling corpses eating people. Even watching it today, even seeing what is obviously raw meat from the supermarket being passed off as human flesh, Night of the Living Dead is deeply disturbing. When at the end the dead little girl’s mom finds her eating her dead father? That shit is, without question, fucked up. 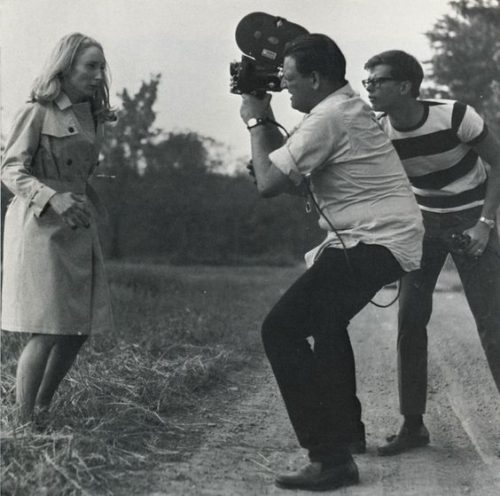 And that’s only the horror element. The black and white newsreel-like footage suggested riots and Vietnam, the hicks with guns shooting zombies suggested the worst of backwoods American gun culture, and the hero being both black and shot dead by those same backwoods hicks put the ugliness of violent racism in viewers’ faces.

That’s a lot to pull off with a low-budget horror flick in ’68.

For the sequel ten years later, Romero intended to be just as shocking. But to shock viewers who’d lived through the ‘70s, it took a lot more blood and a lot more brains. Romero’s and the zombies’ both. The result, Dawn of the Dead, stands as one the greatest horror movies ever made. In the world of zombies, Night and Dawn, the two originals, remain the best. 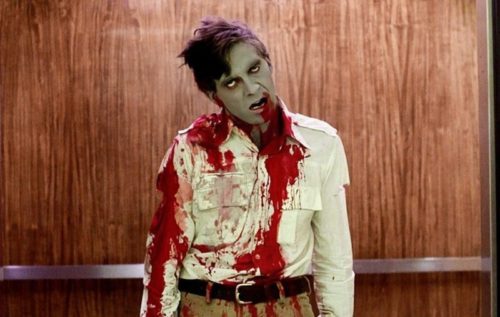 I mean just look at this Romero kid! The man invented the modern zombie (even if he called them ghouls in Night). They’re compelling monsters, aren’t they? We can’t seem to get enough. Something about feasting on the remains of what has come before while we wither and rot speaks to us. Hm.

Romero wasn’t interested in zombies as scary monsters. He was interested in zombies as metaphors for we, the living. What’s often lacking in the zombie movies made by others is that understanding. For most movie-makers, zombies are just monsters to run from. Having them sprint seemed like an exciting new idea until it became clear zombies aren’t scary when they run. They might as well be tornados at that point. Dumb, shuffling, moaning incomprehensibly—you know, us—yet always on top of you, eating your face the moment you turn your back on them—that’s scary.

Romero continued making zombie movies throughout his life. He often claimed it was the only way to get movies financed. Day of the Dead (’85) seemed to close out the series, but Romero returned to zombies in ’05 with Land of the Dead, a damn fine parable about the rich feeding off the poor, and again in ’07 with Diary of the Dead and in ’09 with Survival of the Dead.

Romero made other movies too, including such weird shit as Knightriders (’81), Monkey Shines (’88), and the low-key vampire flick Martin (’78), but it’s the zombies he’s going to be most remembered for. Not a bad thing. Few people can say they invented a fundamentally terrifying monster all humans on earth can relate to. George Romero was a rare breed. I owe him many thanks for helping to make my childhood as weird as it was. I wouldn’t be the same without him. 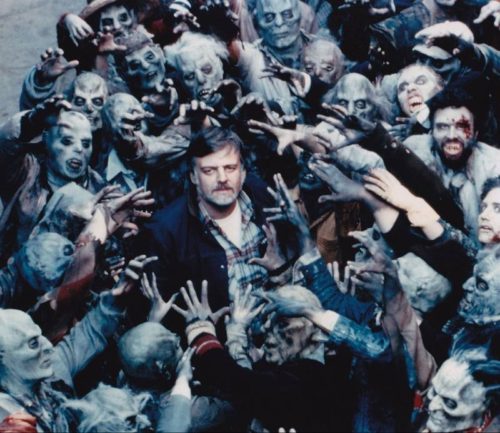