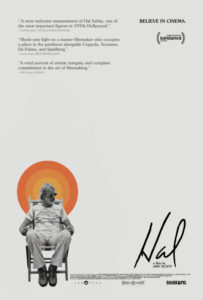 Hal Ashby — clearly one of the best directors who ever walked or floated about the Earth — finally gets a piece of his due in Hal, an energetic, illuminating documentary from newcomer Amy Scott. Hal does what it can to let us into Ashby’s head, and what it can do is most welcome. For those of us who have been long seeking even a taste of clarity about who the man was and what knocked his teeth in, this film comes closest to providing insight and answers.

I wish it had been longer.

If you don’t immediately connect with the name “Hal Ashby”, let’s start with a reminder: he made your favorite films. As Hal animates — with interviews, clips, audio recordings of Ashby, and excerpts from his personal correspondence read aloud — he began his run in Hollywood as an editor. In the Heat of the Night was his Oscar-winning turn, but he edited four for Norman Jewison, who holds center stage in Hal as one of Ashby’s best friends. It was Jewison who set Ashby up with his first directing gig (The Landlord), but that led to a string of critically-acclaimed, fascinating, personality-driven films that drew us in, woke us up, and sent us forth feeling finally aware.

That’s Harold & Maude, The Last Detail, Shampoo, Bound for Glory, Coming Home, and Being There. 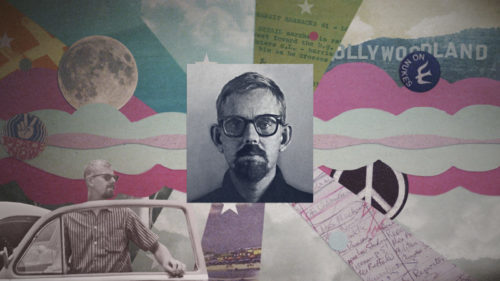 And then, like Cinderella after midnight, everything came crashing down. Hal Ashby’s films took a hard sideways turn so that, by the time they reached the cinema, if they ever did, they ranged from near disasters to the utterly unwatchable. So what the fuck happened? How did the man who directed Being There also helm — at nearly the same time — Second Hand Hearts, a film so fantastically dreadful it has been known to drive species to extinction?

First, however, you get that which is required. As the first to direct a cinematic exploration of Hal Ashby’s life and work, Amy Scott doesn’t try anything cute with her documentary’s structure. It follows the tried and true linear playbook. These details — where Hal grew up, how he got his start, etc. — aren’t widely known. Even if you’ve read Nick Dawson’s “Being Hal Ashby: Life of a Hollywood Rebel” (as I have), you likely still have burning questions. Dawson’s book is decent, but it doesn’t ever really seem to understand the man, only what he’s done. Its exploration of “why” is detail-oriented, but it leaves Ashby’s mind unilluminated. 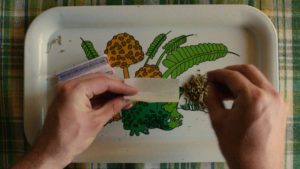 Scott does much better. With new-to-me footage, recordings, and first-person recollections from collaborators, lovers, and acolytes, she gets her shovel in there as deep as it can go. Then, with punchy readings from Ashby’s letters, she gets in even farther, right into his thoughts. Presented as typed words on the screen, or laid over smoke-hazed scenes of Hal’s habitat, we hear our subject’s passion, anger, and love. This, finally, is how he felt.

Hal touches on the subject of who can take credit for Shampoo — of which some say Ashby was only the nominal director, following Warren Beatty’s significant lead — but doesn’t do so definitively. It begins to break down how changes in the film industry wrong-footed Ashby, leaving him railing against studio executives who didn’t understand or trust him. It was, Hal avows, Ashby’s iconoclastic, anti-establishment, free-wheeling individuality that ripped his films away from him, and not — as others have suggested — drug abuse. Although, yeah, he was stoned most of the time.

In this, being able to hear Hal Ashby’s personal response to the events that saw films like Lookin’ to Get Out and 8 Million Ways to Die taken from him and released without his input in post-production (Hal Ashby! A legendary editor!), I finally begin to feel it. Not the film Hal, which I felt from its very first scenes — but the sense behind my favorite director’s professional demise.

The film is a eulogy and an adulation then, but one that readily admits the man’s culpability and flaws. We see how and why he lost the chance to direct Tootsie (true story), but not what he was thinking with his abandoned development of The Hawkline Monster. It explains 8 Million Ways to Die turning out like a thrice-baked episode of a bad Miami Vice spin-off, but it doesn’t touch The Slugger’s Wife — a film far, far, far worse. His Neil Young concert television special, Solo Trans*, barely registers a blip, his Rolling Stones concert film doesn’t raise its head, and you’re on your own if you want to understand why he shot the pilot of Beverly Hills Buntz.** Hal does, however, help us to understand where and how he might have been. Up until he died — still trying to make films his way in age that had taken a hard left Lucas turn. 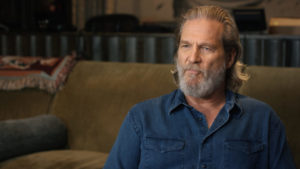 So it’s all there, except not enough of it. Hal is the kind of documentary that makes you hungrier. It had me dreaming of trying to buy the rights and raw footage of 8 Million Ways to Die so I might hire someone (Soderbergh? Amy Scott?) to re-edit it the way Ashby surely intended. Anyone know Jeff Bridges? Maybe he’d bankroll such an effort? It’s a dream, surely, but a beautiful one — and the kind of dream Hal Ashby saw through, more than once.

It is at his funeral, shown near the film’s close, that Bud Cort, star of Harold & Maude, stands up to say to the gathered mourners, “Hal loved me best.” A joke, because Hal loved us all best. He was a man who could see right into what made us human. That sensitivity and empathy made him and broke him.

And we are all oh-so lucky that we received from him all that we did. Hal Ashby died too soon and, as far as I’m concerned, Hal ended too soon, as well. I put it on not expecting much beyond a trudge through the facts and a few laudatory comments but was overpowered by much more. It was a visit with the man himself, with the who and what and why all balanced upon itself like a stilled snowflake.

The people who loved Hal Ashby loved him completely. All the same, he was, and is, still a mystery. Too human to be condensed into a character type.

His irregularities made him, but there’s no need to get all poetic about it; Hal Ashby was complex. Let his daughter — the one who never knew him — tell you something about that. Let Jon Voight, or Haskell Wexler, or even Jeff Bridges fill you in.

But listen up. Because Hal Ashby is the best director who ever lived. And Hal is just a small piece of what he deserves.

Now, someone get me Jeff Bridges phone number and I’ll see about recutting 8 Million Ways to Die.

* Solo Trans, which thanks to YouTube you can now watch in its entirety even if you don’t have a laser disc player or a time

machine, is worth your while. The quality of the rip online isn’t brilliant, but this made-for-television special is clearly yet another example of Ashby doing what he does best: finding the ridiculous in society and ripping it all down to its roots. In this case, he’s got Neil Young touring off his two least-loved albums, Trans (an oddly new-age, synth-heavy fandango) and Everybody’s Rockin’ (a rockabilly album recorded with a one-album-only group, The Shocking Pinks). Ashby’s also got Neil Young in figurative battle with David Geffen, who at the time was suing the godfather of punk for “not delivering commercial albums.” So. The iconoclast vs. the Man; sound familiar?

For the most part, Solo Trans is Neil Young playing what he wants, even if you think it sucks. Interspersed with the concert footage are dopey skits that must be intentionally unfunny, as if to say: “Your idea of celebrity is dumb and, for that matter, celebrity is dumb.” It isn’t as eye-opening as Let’s Spend the Night Together, but it’s also just a TV special. Neil Young is great, even if you think you don’t or won’t like these tracks. Just, like, relax and give it all a chance.

** Beverly Hills Buntz was a spin-off from Hill Street Blues that sounds like the archetype for bad spin-off ideas. Dennis Franz’ ethically-challenged NYPD officer, Norman Buntz, quits and moves to Beverly Hills to be a private eye. For reasons yet to be determined, Hal Ashby directed the pilot, which I watched so you don’t have to. It is exactly as painful as you might imagine. It does, however, feature Joey Pantaliano and Dana Wheeler-Nicholson, who you may recall from Fletch.

4 responses on “Hal: A Documentary That Proves Hal Ashby Loved Me Best”