The casting for Star Wars Episode 7 was announced this week. There was excitement over the return of the original characters and some buzz over the additions of Max Von Sydow, Andy Serkis, and Oscar Issac.

There were some obvious questions (where the hell is Billy Dee Williams?) and some less obvious ones (what exactly will Kenny Baker and Peter Mayhew be saying at the table read?) But the main and most painful question was answered clearly: Did they learn from the mistakes of the prequels? 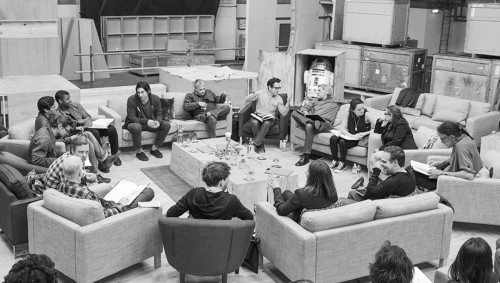 Before a single camera has captured one single frame, the answer to that question is “no.”

I have no doubt that the quality of the movies will improve now that George Lucas is no longer “directing” them and the talented J. J. Abrams is in charge. Certainly they will correct some of the cosmetic mistakes of The Phantom Menace, Attack of the Clones and Revenge of the Sith. There will be fewer CGI characters, the plot should be comprehensible, and hopefully they will have a sense of fun again.

But the main problem from the prequels will remain in these new sequels: They are telling the wrong story.

How do I know this already? Recently I rewatched Star Wars (which is what the film is called), The Empire Strikes Back, and Return of the Jedi. I watched them with my kids, who were seeing them for the first time. What struck me was how the first movie (which I do NOT call A New Hope) was a clear opening chapter and Jedi (whose reputation has been elevated because of the prequels) is a definitive ending.

There was no need to make the prequels. Even if the prequels were terrific and as good as The Godfather Part II, they would have been superfluous. We already knew there was a Clone War. We already saw how Yoda trained Jedi Knights.

And how did Anakin Skywalker become Darth Vader? We saw that as well. Luke was brought before the Emperor and was one step away from taking Vader’s place. Luke caught himself and was willing to stand up to Palpatine, unlike his father and this led to Anakin’s redemption. So logically, we can conclude Vader must not have had that “throw the lightsaber to the side” moment.

So any question that could have been answered in the prequels was something we already knew. Of course the dreadful new trilogy also trampled all over the great backstory that is constantly alluded to and gave the Star Wars mythology some depth.

The prequels were doomed to destroy our image of the great backstory from the start. And the amount of information told in the three movies could have been pressed into one. But the biggest problem with all of the prequels was the antagonist. Usually bad guys in a Star Wars film are easy to spot. They are in the huge ship chasing the little ship. They wearing the big black helmet or look like a gigantic slug and have people killed for enjoyment. And what is on the line is pretty clear. An evil Empire (we are told they are evil in the crawl but they show it as well) is so oppressive that they will blow up entire rebellious planets. Rebels want to bring them down. BOOM! This was easy to understand and allowed the action in the next three films to unfold in a clear way.

Who were the bad guys in the prequels? What was on the line? A trade federation could lose its franchise? The planet Naboo couldn’t get groceries? Separatists wanted to break free of the Republic? What the hell was the Clone War even fought over? 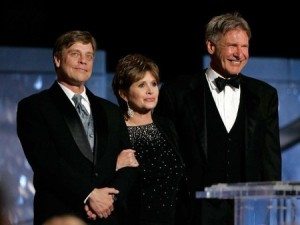 Which brings us to the next set of movies. As sad as it will be to see older and tired Mark Hamill, Harrison Ford, and Carrie Fisher bring to the franchise the same spark that Karen Allen gave Indiana Jones and the Kingdom of the Crystal Skull, setting up a new bad guy will even be sadder.

The Emperor was killed in Return of the Jedi and the Empire was defeated. Who else can match the Galactic Empire as a villain? What else can be on the line that can top rebelling against the evil oppressors? A real villain could not be conjured up in three prequels and an awkward amount of time will be spent setting up a new bad guy for the sequels.

It took exactly one shot to establish the Empire in Star Wars with the Star Destroyer chasing Princess Leia’s ship. 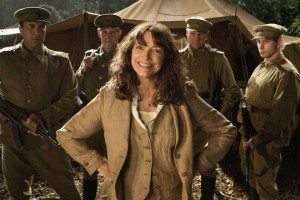 The Star Wars movies followed Luke Skywalker and his friends, but went to great lengths to say there was more to the war than what we saw. The original opening crawl states the rebels’ spaceships just won a battle against the Empire. The opening of Empire mentions the rebels losing several battles and escaping after the Death Star’s destruction.

Princess Leia is a big part of the rebellion, but mainly she is their celebrity spokesperson. Mon Mothma is supposedly the leader of the rebellion and she appears in one more scene than I do in the saga. We see a parade of rebel generals in the movies who are in charge of the various battles. General Dondonna conceives the attack on the Death Star. General Riekean is in charge of the Hoth base. General Madine gets Han Solo to knock out the shield generator. Wouldn’t a movie following some of the other battles and characters be more exciting than seeing young Anakin run a pod race?

In fact wouldn’t Star Wars fans rather see the battle where the spies stole the Death Star plans? Or the first act of rebellion? Or General Madine stealing the Imperial Shuttle, an adventure casually mentioned during the briefing scene in Jedi?

There are no shortage of movies about World War II that tell tales of heroism and action from every angle and multiple settings. The same could be said for the Civil War and just about every great conflict. And yet the only stories we get about the rebellion against the Empire has to do with the Skywalker family.

Luke described Tatooine as the planet furthest from “the bright center of the universe.” Not according to the movies. It seems to be the galactic equivalent of Grand Central Station for the most important players in the war. R2D2 and C3PO seemed like a pair of unlikely players in the fight against the Empire. But after the prequels, they saw so many key battles and characters that they became the Forrest Gumps of the galaxy.

And now the new films are trying to mine MORE stories out of the Skywalker family?

Instead there could have been different characters in the fight against the Empire with a cameo or two from original trilogy folk. One of the few moments of Revenge of the Sith that felt cool was Vader’s final scene on the star destroyer. It was refreshing seeing Imperial officers and a familiar bridge instead of hours and hours of dull lifeless bad guys.

In an odd way, the dreadful Ewok Adventure and Caravan of Courage made for TV Jedi spin offs understood the issue better than the prequels. They told stories that took place within the wonderful universe that was created but didn’t worry about shoving in every character from the movies. There was no great continuity to worry about and no egg shells to break by having a character make a motivated decision.

If someone would announce a Star Wars movie that took place during the original war that had no episode number and no mention of a Skywalker, then I would get excited. I would much rather see a fleet of X Wings and Y Wings taking on TIE Fighters than overweight old versions of my heroes.

And before everyone gets giddy about the cast, remember how exciting it was knowing that the guy from Trainspotting, the girl from The Professional, Liam Neeson and Samuel L. Jackson were going to be in the new Star Wars movie?

How did that turn out?

6 responses on “Once Again, They Are Making The Wrong Star Wars Movie”