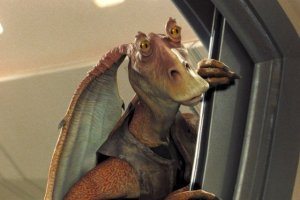 In a surprise move, Disney and Lucasfilm have announced that the latest stand-alone film in the Star Wars universe, Jar Jar Goes To Endor, will star Jar Jar Binks, the half rabbit/half snail creature featured most prominently in The Phantom Menace. Hated by everyone, Jar Jar was barely seen in the next two Star Wars films, but, according to Lucas, Jar Jar was always meant to play a larger part in the saga.

“Jar Jar is the bridge between the trilogies,” said Lucas in a recent interview. “This new film will show that without Jar Jar, the Empire would have won.”

Lucas went on to say that the new movie would likewise shine a positive light on the often mocked Ewoks, which creatures fans habitually burn in effigy during their yearly May 4 bacchanals.

The script, to be written by a medium-sized radish trained by Lucas personally, is being kept under wraps, but the story has recently leaked online. David Lynch, who passed on helming Return of The Jedi, is in talks to direct. Disney cites Lynch’s longtime obsession with large, talking rabbits as the prime motivating factor for his—and their—interest. 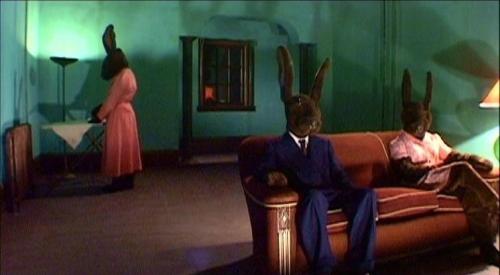 With the Empire’s victory, Jar Jar Binks, member of the Galactic Senate, narrowly escapes being rounded up by Darth Vader’s death squads, and escapes in a ship.

But the ship’s guidance system is damaged. Jar Jar is able neither to stop nor steer the craft, and must go wherever it takes him.

During this early portion of the movie, Jar Jar flashes back to earlier times with young Anakin Skywalker and other happy moments from his past. But he also reflects on the bad times, on the Empire taking over the galaxy, and on the times he himself lost his temper, flew into rages, drank to excess, and behaved in ways most un-Gungan.

Jar Jar demonstrates how to swallow a five iron

Jar Jar is truly lost, and not just in space.

His ship arrives at a forested moon identified as Endor. Jar Jar has never heard of it. The ship lands of its own accord.

Jar Jar must learn to survive in the strange forestworld of Endor. During his travels he comes across an Ewok village. He spies on one of their celebrations, but is seen and captured. He is imprisoned at first, but his amusing antics charm the Ewoks into releasing him.

Jar Jar becomes a sort of court jester to them.

But on the far side of Endor, a band of evil Ewoks is readying to make war. Long ago separated from the good Ewoks, they have evolved for centuries into nightmarish, gnomish creatures of purest evil.

The fighting begins, and Jar Jar, brought along to amuse the troops, finds himself and a platoon cut off from the larger force, their leader killed in an ambush. Jar Jar, who led the Gungans into battle on Naboo, takes charge.

Through a series of engagements part comedic, part heroic, Jar Jar leads the Ewoks to victory. They discover in the heart of the evil Ewok country a mysterious figure responsible for turning the Ewoks bad: a Sith warrior, Darth Hirsutious. He and Jar Jar engage in a spectacular fight, which ends with Hirsutious’s escape.

The Ewoks are stunned. They realize that Jar Jar’s arrival and actions match those of a savior prophesied to come from the stars. Jar Jar becomes their God.

An enormous statue of Jar Jar is erected. He is waited on hand and foot by his many Ewok concubines. 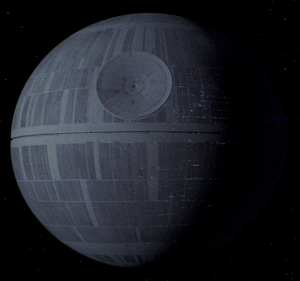 But Jar Jar has a vision of a giant, flying moon that eats planets. He tells the Ewoks of his dream. He warns them of his one-time playmate, Anakin, now Darth Vader. He tells them Vader will come to Endor, and that he must be stopped.

And so, it is because of Jar Jar that the good Ewoks survive, and through him they learn of the need to help the Rebellion.

We jump ahead many years. The Ewoks report to a very old Jar Jar the arrival of Luke Skywalker. “Skywalker? Me a knows a him!” says Jar Jar, but fate intercedes, and Jar Jar dies with Luke on the way to meet him. The Ewoks vow to honor their God by helping Luke and his Rebels in any way they can. Fade to black.

In discussing how Jar Jar Goes To Endor will fit into the larger Star Wars universe, Lucas stated that new scenes of Jar Jar and the Ewoks would be inserted into Return of The Jedi to ensure continuity. All earlier versions of Jedi will be destroyed.

Sources close to Mind Control say Jar Jar Goes To Endor is currently slated for a 2018 release, pitting it against another movie set on a forested world inhabited by ancient creatures, James Cameron’s Avatar 4. Both Disney and Lightstorm have declined to comment on rumors of a concurrent “Hillbilly Death Match” to be fought by Cameron and Lucas in a so-called “Cage of Doom,” but sources say that financing has been secured and the cage is being built.