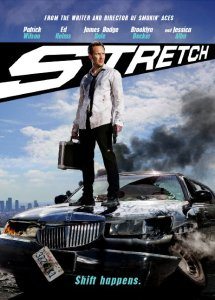 Vacation had a better poster

Am I expected not to be stoned watching Joe Carnahan’s Stretch? What do you think this is, the New York Times? And I’m A.O. Scott? Writing another paean to Hook and A.I.? Hell no. At Stand By For Mind Control, we give films–all films–exactly the kind of attention they demand. Spartacus? Sober as a judge, movie theater, 35mm. The Secret Life of Walter Mitty? Free cable, eating dinner, not a second more than 19 insufferable minutes. The Thing? Nine hundred viewings on every format in the history of cinema over 32 years.

My point being, no, I don’t remember the details, Saturday was days ago, but what I do remember is my overall impression, and it wasn’t a good one. In short, Stretch is no Doctor Detroit. For example. 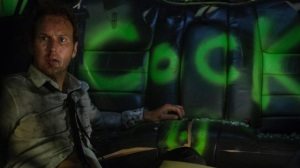 What is Stretch? It’s this movie about a guy named Stretch–who drives a limo, so right off the bat we’ve got a lesson to parents: careful what you name your kids!–played by Patrick Wilson, who–my god, seriously? He played Nite Owl in Watchmen? You know what one of the worst movies ever made is? Watchmen. Are comic book fanboys still insisting we’ll all reevaluate Watchmen years down the road as a masterpiece? It is not a masterpiece. The comic book is a masterpiece. The movie is a giant, magical turd you can’t believe exists, but it does, and it says, “Rub me and you will be granted three wishes!” And you think, jesus, really? I have to rub a turd? But you do anyway, because you’re thinking, how does anyone screw up Rorschach? And instead of wishing three wishes, you wish the same wish three times, and your wish is: I wish the movie version of Watchmen never existed!

But your wish isn’t granted, it’s a turd, and off it goes asking other people to rub it.

But I digress. Stretch, the limo driver, has got a problem. He’s broke and pathetic and he owes six thousand dollars to a very mean man, payable at midnight unless he doesn’t mind multiple broken limbs and bullet holes–but wait! There’s an impossibly rich guy this other limo company is supposed to pick up, and if Stretch shows up first, picks the guy up, and drives him around, he might be tipped a whole lot of money! Sweet. 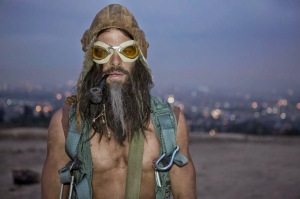 Stretch nabs the rich guy, who’s Chris Pine, the guy playing Kirk in the new Star Trek movies, which if there’s a movie more insulting and demeaning to fans than Watchmen, it’s Star Trek Into Darkness, and I ask you, when you think crazy, long-haired, loopidy-doo rich wildman, do you think, “Get me Chris Pine!”? No. You do not. This is a role Christopher Lloyd would have nailed in like ’83, if he’d been into making trashy R-rated comedies. Like Doctor Detroit.

Wild antics ensue. Stretch narrates the film as it goes along, and is there anything better in movies than voice over narration? There is. In the biz, we call it “Anything other than voice over narration.” Even better is the ghost of Stretch’s famous limo driving predecessor, Karl (Ed Helms), a suicide, who shows up and yells at Stretch for being such an asshole. More or less. I don’t really remember. 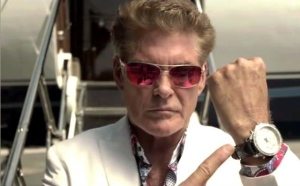 The Hoff classes up the joint

Wait. I remember one scene. The one scene with David Hasselhoff, which I grant to everyone involved represents his finest moment on screen, ever, and not in an ironic way. It’s at the beginning of the movie and nothing ever comes close to topping it. Well done, Hasselhoff. I didn’t know you had it in you.

But so anyway, as I was saying, I don’t recall much about Stretch. It consists of a string of almost but not quite nutty scenes, one after the other, and you think you should probably be laughing more, or, like, at all, but whatever, you figure it’s building to the funny part, but then it never builds into anything, it just keeps piling on the somewhat odd and not especially funny or creative scenes until finally, midway through what feels like just another half-assed scene, you think, is this the finale?, and it is the finale, and then it’s over, and you say, out loud, to your television, “Really? That’s your ending? Lame!” 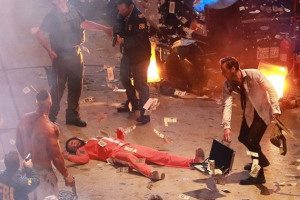 This happened, though I’m not sure why

But Stretch isn’t playing in theaters. Universal took one look at the movie they’d paid for and said screw it, we’ll take the hit on VOD. So that’s how you can watch it, on VOD and Amazon and iTunes, basically on your phone, in other words, while you’re on a bus or taking a crap or something.

Carnahan previously made The Grey, which is like Lawrence of Arabia compared to Stretch, though I still wasn’t too big a fan, and The A-Team, which inexplicably doesn’t star Mr. T or George Peppard, and something called Smokin’ Aces I have a hard time believing is half as good as internet comment thread trolls claim.

How much of a chance did I give Stretch to impress? I am at this very minute listening to a Tangerine Dream album from ’83, that’s how much.

I don’t know what that means either. But my point is this: Stretch, the trailer for which made me think I’d been transported back to the days of dumb-ass, hilarious ’80s trash comedies, will transport you nowhere but into a sleepy state of bored indifference. I suggest watching Doctor Detroit instead. 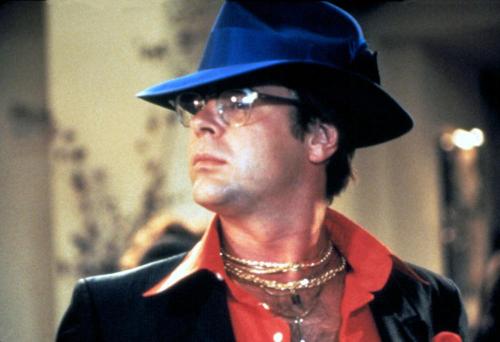