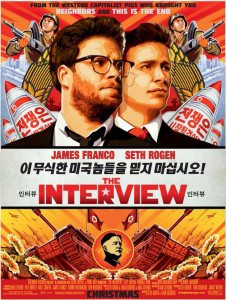 The North Korean hackers responsible for bringing a cowering Sony to its pitiful little knees are reveling in their improbable victory over the vile forces of western capitalism. No one, least of all the hackers, imagined their absurd, empty threats would prevent Sony from releasing The Interview, the James Franco/Seth Rogen comedy nobody cared about until they were told they couldn’t see it. What was North Korea going to do? Wake up their sleeper cells and nuke the local AMC?

The local AMC thought so. They and other chains refused to show the movie, and within minutes Sony, showing a cowardice no one should have doubted, caved. The movie was pulled.

Many an independent theater decided to run Team America in its place. But Warner Bros. would not be out-chicken-shitted by another studio, and has denied even such luminaries as George R. R. Martin from screening the wacky puppet comedy.

The hackers are beside themselves with joy. Or they would be, if joy wasn’t an emotion outlawed in North Korea. Their primary goal has been met: no Americans will be laughing at North Korea this Christmas. Does the War On Christmas know no bounds?

Emboldened by Sony’s pathetic, wimpering capitulation, the hackers, their identities as yet unknown, have made a new, far more diabolic demand, one strongly implying a close connection to North Korean Supreme Leader, Kim Jong-un. 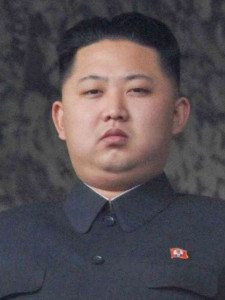 In a happy mood, prior to reading the Sandler complaints

The hackers are insisting Sony release not one, not two, but twelve Adam Sandler movies, one a month for the whole of 2015, to appease Jong-un’s much written of Sandler mania.

CIA intelligence reports suggest Jong-un flew into a days-long rage when he learned, through internal Sony emails brought to light by the hackers, that employees had complained of Sony making too many Sandler movies.

In a joint statement released this afternoon, Sony and Happy Madison Productions have announced their intention to fulfill the hackers’ demands. Shooting will commence on Jack And Jill 2: Jack And Jill And Jong-un by Jan. 1, with a release date of Jan. 30. Scripts have been commissioned for 50 Second Dates, Funnier People, Click 2: The Enclickening, and a reboot of Bad Boys to team Sandler with Jong-un favorite Dennis Rodman.

“We look forward to a long and mewling relationship with our Supreme Leader,” reads the statement in part. Adam Sandler could not be reached for comment. 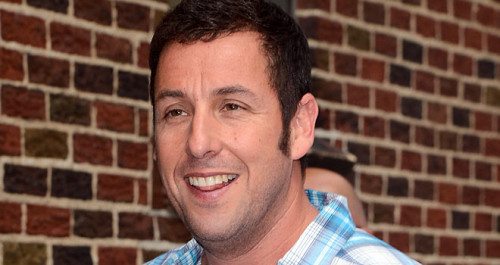 Sandler, prior to visiting North Korea