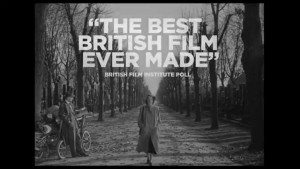 If you can’t watch Carol Reed’s sublime film noir The Third Man in a dilapidated cinema in Vienna in 1949, then an only slightly worse option would be to see it right now, in theaters, in a newly restored 4K version. This is the first ever major restoration of this masterpiece and you’re unlikely to find a better excuse to visit the cinema, or Vienna.

There may be better reasons to visit 1949, but I’m no expert on time machines. 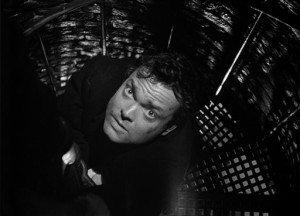 In case you’re horribly deprived of culture and sophistication, and haven’t yet seen The Third Man — which, by the way, is in theaters as of July 3rd — it is the wonderfully twisted story of Holly Martins (Joseph Cotten), a pulp novelist who travels to post-war Vienna to meet his friend Harry Lime, who turns out to be rather unavailable due to issues of inevitable mortality. Vienna, which was at that time split into different international zones, makes for a fractured setting for this tale of morality, loyalty, poor choices, and impossible decisions. Director Carol Reed draws heavily on German Expressionist style, using tilted cameras and harsh contrast to sublime effect.

Plus, do you like zither music? You do! Well then you’re in luck, as Anton Karas’ score to the film is zitheriffic. Even if you don’t like zither music, you heathen, you will likely instantly love and recognize Karas’ Third Man Theme. It’s like being trapped in a bumblebee’s belly when the fellow is eating nectar. Or, perhaps, more like the last drop of a bottle of off-brand scotch rolling down the back of your throat.

In any case, it is good. 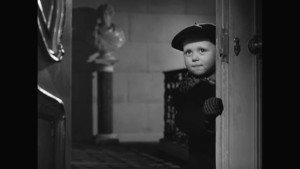 There are many stories about The Third Man, some true, some apocryphal. It feels a bit tired to trot them out here at any length but, just so we’re all clear:

Maybe you should go out to the cinemas this weekend and see it? Restoring films isn’t cheap or easy but—and here’s the important thing—doing so actually restores the film. See how that works? They restore the films and then people today and into the future get to watch them. If they don’t restore the films, they end up lost, damaged, or only available in grainy, scratched prints your teen-aged kids roll their eyes at.

It’s The Third Man. Go see it. I’ve never met anyone who didn’t like the film and I never loved anyone who didn’t love it (I’d assume). I guarantee you that it will be more satisfying than Jurassic World, Ted 2, or Terminator Genysis.