The following guest post from MC Frontalot is about zombies and, therefore, will eat your brain. If you do not know of our gentleman rapper friend’s nerdcore awesomeness, well, you should get on that. This video is a good place to start. 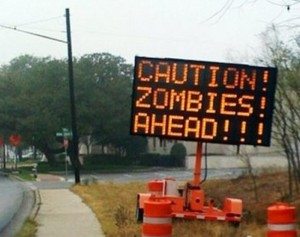 Because I (with Gm7) wrote and oversaw several productions of a rock musical called Young Zombies In Love between 1999 and 2004, I have long been considered an expert on zombie stuff. And since I slightly prefigured the big zombie boom of the last ten years, I’m obviously the person you should look to when it’s time to compile a list of the best zombie movies of all time.

I admit that I have not seen every zombie movie ever. There are some early 80s Italian classics and plenty of 2007-2012 American schlock that I’ve never found time for. But I am still the most awesome possible authority, so you should pay a lot of attention to me and immediately watch or re-watch everything in my Top Ten (Plus Five).

First, a technical concern: what is a zombie movie? Evil Dead II does not count, despite being full of reanimated corpses, since those corpses are animated by a supernatural/mystical force; zombieism must be a physical phenomenon. Jason is technically a zombie, but his Friday The 13th series falls square in the middle of the slasher genre; zombies must occur in outbreak form, and they must create new zombies when they kill.

Five that are absolutely worth watching:

And my Top Ten:

10. Dawn Of The Dead
2004, Zack Snyder
Snyder is a hack, and his idea of stripping the politics out of this story and turning it into an action romp was not a good idea. But somehow it absolutely worked. Maybe because Sarah Polley is the princess of my heart. 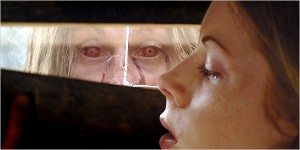 9. 28 Weeks Later
2007, Juan Carlos Fresnadillo
At once a hilarious critique of American military policy and a sober narrative about teen rebellion and triumph. A frightening and worthy follow-up to 28 Days.

7. 28 Days Later
2002, Danny Boyle
Like many of these, a story much more about the inhumanity of survivors than about the terror of encroaching undead. But oh boy are these zombies scary. 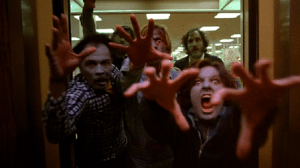 Dawn Of The Dead
1978, George A. Romero
A scathing look at American consumerism that goes way deeper than “zombies in a mall, get it??”. The late seventies was a great time for public discourse on how nothing was ever going to be okay ever again, and this one really lets the dread percolate.

5. Shaun Of The Dead
2004, Edgar Wright
Another tribute to zombie cinema, this one shines in its perfection, absorbing and refashioning every trope and managing to be both hilarious and heart-pounding at once. 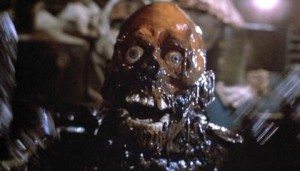 4. Cemetery Man (also known as Dellamorte Dellamorte)
1994, Michele Soavi
An abstract, arty movie about secrets, lies, whether the world has already ended, and Rupert Everett’s cock. Probably a technical foul since its zombie epidemic might be mystical in origin, but still one of the very best. Do not miss.

3. Return Of The Living Dead 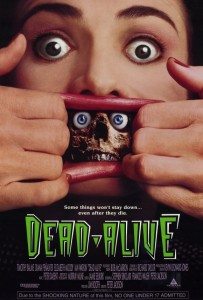 1985, Dan O’Bannon
Marketed as a spiritual sequel to Romero’s trilogy, it carved out its own place as a genuine classic of horror comedy. I watched it so much in sixth grade that the VHS tape broke. Definitely a top inspiration for the number two entry…

2. Dead Alive (also known as Braindead)
1992, Peter Jackson
A flawless concoction of the gore-and-humor horror formula, and Jackson’s best film by a long shot. Sorry. Give me zombie family dinner hour over hiking to Mordor any day.

1. Night Of The Living Dead 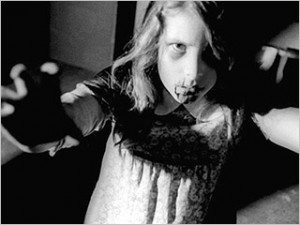 1968, George A. Romero
I assume this is in the top spot every single time someone makes a list like this, and there are some good reasons to put it there. It is scary. It invented all the elements (zombieism as a spreading plague with impossible-to-pinpoint origin, zombies craving flesh, the siege house, the ragtag survivor crew at odds with themselves and their fate) that have been standard in this genre for 44 years. It proves itself, in its final moment, to be a deeply political piece. And it is a plain old good movie. Do yourself a favor and watch it, but make sure you don’t accidentally get one of the two remakes or three colorizations.

If you have any major issues with this list (like you think Snyder’s remake is better than Romero’s Dawn, or that I forgot something) then you are wrong. But not so wrong that you can’t comment and try to convince me that you’re right.

13 responses on “The Best Zombie Movies That There Are”