You know what almost never goes wrong? A good, old-fashioned kidnapping. Particularly in the movies.

Yep. If I were a character in a movie — and I might be based on my ability to cause transporter beams to malfunction — what I’d do is make some easy money by kidnapping someone. Probably one of Liam Neeson’s kids. He does have kids, right? Yes? Good. Someone needs to grow up and punch wolves. 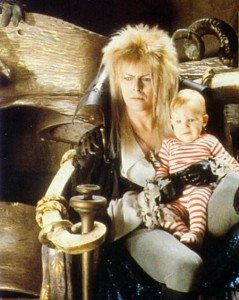 Anyway. Kidnapping. You swoop in, you grab the target, you ask for ransom, no one calls the cops or the feds or the Vins Diesel, you get the money, you return your hostage in pieces or all at once and then you move to Bermuda with all those cops who are going to retire just as soon as they solve that one last case. It’s a foolproof plan. Absolutely nothing could go wrong in any way.

So if you’d like to be kidnapped for fun and profit, just let us know in the comments how much you think you’d be worth and whether or not you’re related to Liam Neeson. Until then, why don’t you watch this week’s Mind Control Double Feature, which is about perfectly executed kidnappings in 1980s films. 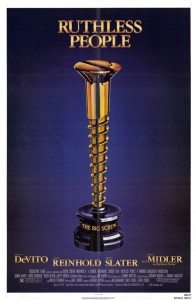 The other day I was lying in bed, trying to sleep, and all of a sudden it came to me: Ruthless People. Why isn’t this a film that everyone talks about in reverential terms? Maybe it’s because it looks very 1980s? Who cares! This shit is funny, people. And funny kidnappings and shoulder pads go together like fine wine and all the hair that barbers sweep up every day. All of that hair, lost forever. Pass the wine.

So. Right. Ruthless People. This is a comedy directed by Jim Abrahams and David and Jerry Zucker. That’s right: the same guys who made Airplane! and Top Secret! and other films that do not end with exclamation points. This film, their last joint effort, is almost as funny as Airplane! or the Naked Gun films but a lot less schticky. Instead of gag-a-minute horsing around, we get a traditional black comedy with a surprisingly complex little story. 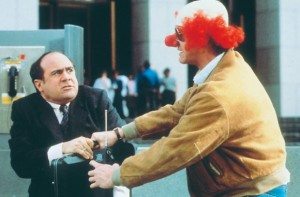 In Ruthless People, Sam Stone (Danny DeVito) is a rich bastard planning to murder his wife, Barbara (Bette Midler). His evil scheme is foiled, however, when a nice couple Sam previously done wrong (Judge Reinhold and Helen Slater) attempt to exact revenge on Sam by kidnapping Barbara and threatening to kill her if Sam doesn’t pay the ransom or if he calls the cops. Sam immediately calls the cops, doesn’t pay the ransom, and opens a bottle of champagne. 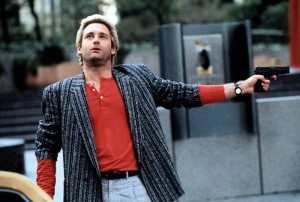 Swarming around this kidnapping plot are a bunch of other subplots involving Sam’s conniving girlfriend (Anita Morris) and her seriously moronic boyfriend (Bill Pullman in his best role ever); the chief of police caught with his pants down; stolen spandex miniskirts; and the Bedroom Killer. What does it all mean? Laughs, that’s what it means. And more wine.

Despite being a box office smash and being well received critically, this film just sort of dropped off the radar for most people. It wasn’t Beverly Hills Cop featuring a giant star like Eddie Murphy (a film which isn’t all that funny or exciting, really; I just re-watched it), and it wasn’t Better Off Dead, which many people who lived through the ’80s can recite by heart for $2.00 — but it deserves that same level of adulation. More, even. 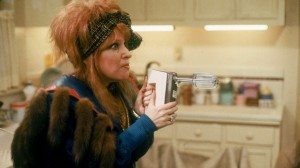 Why? Well first off, Judge Reinhold is an underrated comic genius. The man plays dopey and sweet better than anyone else alive or dead or not Jack Lemmon. He’s got impeccable timing and manages to be wholly believable even when he’s acting like he just got assaulted with kitchen implements. Secondly, the Mick Jagger theme song is completely terrible, so forget I mentioned it. Second secondly, Bette Midler. This is a woman I would normally rather feed to giant radioactive leeches, but here, what can I say? She is perfectly cast as the loud, obnoxious, beastly kidnap victim who proves way too much to handle. Third, every time you think you know what’s about to happen, you’re right, but yet when it happens, it still feels unexpected. Not because the film is flashy or the editing is all MTV lickety-split, but because Abraham and the Zuckers know how to direct comedy.

So if you want some good laughs from a film that isn’t stupid or pandering, and you’re thinking about becoming a movie kidnapper as a career plan, check out Ruthless People. Ignore the theme song and try to forgive the ’80s sexual politics which are kind of sad, but couldn’t be helped back then. Those shoulder pads drained all the blood from your brain like a giant radioactive leech. 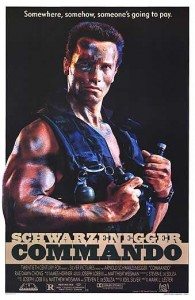 I know what you’re saying. You’re saying, “But Commando isn’t a good movie unless you compare it to Red Heat!” Good point. Still, Commando is worth watching for its sheer 1980s action preposterousness. Also, it will give you a few good pointers if you’re still planning on being a movie kidnapper. 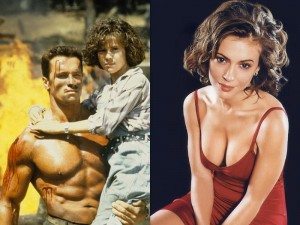 They grow up so fast

Rule #1: Do not kidnap someone when their dad walks around carrying entire trees for fun. This is just sort of obvious, really. Wolf-punchers, tree carriers, super secret special underground highly classified kill-you-with-their-uvula agents and special forces types — these kind of people do not really go for the whole ransom thing. They would just as soon impale you on a steam pipe while offering a tepid witticism as they would hand you a bag of wet peanuts.

And we’re fresh out of wet peanuts. 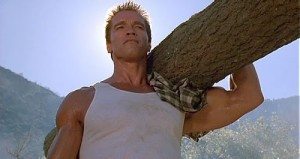 But this IS my family tree

In Commando, we meet Arnold Schwarzenegger’s character, John Matrix, strolling through the woods carrying a tree. This is because, as a retired Delta Force commando, he’s happy living in his isolated cabin with his daughter Jenny (Alysssa Milano) and his tree collection. Alas, his old comrade-in-arms now psycho enemy, Bennett (Vernon Wells) is killing all the members of his old unit and ignoring movie kidnapping rule #1. He overpowers Matrix with a team of mercenaries, snatches Jenny, and tries to use her as leverage to force the Governator to assassinate the leader of Val Verde. This is an excellent plan. It is sure to go perfectly. 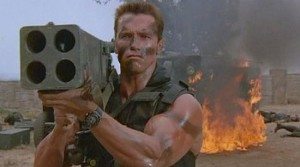 Give me back my tree!

Right. So. Commando relates the heartwarming tale of a single father who vies for the love of his rapidly blossoming daughter by killing an entire island’s worth of bad guys with military grade weaponry. In the end, it’s really a film about hope. Unless you see it from Bennett’s point of view, in which case it’s a film about bad career decisions. Are you sure you want to be a movie kidnapper? At least the soon-to-retire cop gets a gold watch and a moving funeral.

Commando is notable for including Rae Dawn Chong as the innocent flight attendant who sees Matrix’ blood-coated heart of gold and helps him drop people off cliffs. Also, this film has Dan Hedaya in it. We love Dan Hedaya. If we could marry Dan Hedaya to the ghost of Robert Shaw and be their love child, we would. Val Verde, by the way, is also the name of the country where the film Predator takes place and it’s where the evil general in Die Hard 2 comes from, too. You should go visit. Bring your tree or get one there. They have nice trees in Val Verde.