I’ll give this to Lars von Trier: his movies are not ordinary movies. Clearly, this is the only reason I continue, now and again, to watch them, because in most every other respect they are wretched. 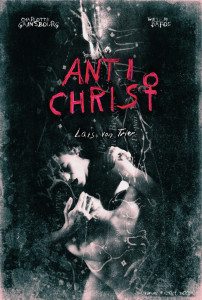 Von Trier is known primarily as a provacateur. Which is to say, he makes movies full of shocking imagery and themes in order to provoke. To provoke what? To provoke a reaction. To scare, to shock, to make angry. This is often an excellent quality for a filmmaker, or any artist, to have. I want to see movies that provoke a reaction other than a yawn or a sigh or the feeling that I’ve just been poked in the eye with a sharp stick by corporate America.

The problem, then, with von Trier, is not that he wishes to provoke, it’s that his cinematic provocations seem to contain nothing else. They are pure provocation without any underlying meaning. More exactly, the meaning is the provocation.

A horror movie like Romero’s Dawn of The Dead (’78) is likewise hugely shocking and provocative. Also, it is clearly not about zombies but about us, how we live, what we think is important, and why we need to wake up and take a good long look at ourselves and the world we have made. Romero has something to say, and to get his message across, to make sure we wake the fuck up and listen, he uses zombies to do the job, some of whose heads blow up. The movie doesn’t provide answers. It asks questions in a way that may not be ignored. Also, it’s funny and exciting and compelling. 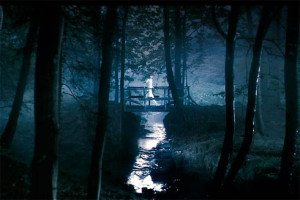 Antichrist (’09) is also, according to von Trier, a horror movie, and yes, it contains horrific images. But what is Antichrist about? I can’t answer that. I could very easily make something up, because, this being von Trier, the movie is filled with both beautiful imagery and cryptic allusions–to religion and pyschology and female sexuality and cold male rationality and anything else he can get his hands on, such that anyone with a penchant for finding meaning and metaphor in art could have a field day with it. It is about Satan creating the Earth in place of God? Is it about the inherent evil of women? Is it about talking foxes and indestructable crows? Sure. Why not? It’s a metaphor for the failings of psychology. And the evil that lurks within both forests…and ourselves! It’s anti-woman. It’s anti-man. It’s torture porn made arty. It’s sex and death and religion and…and…and whatever else you need it to be.

spooky cabin in the woods, except for the spooky part

And isn’t that what we should want in a movie? No clear answers? A springboard for conversation and deep thought? Yes. It’s certainly what I want. So what’s the problem with von Trier and Antichrist?

It’s that I feel just as jerked around by von Trier as I do by Spielberg, but for different reasons. In a Spielberg film, or most any Important Hollywood Drama™, I’m told exactly what to feel and why to feel it. It’s manipulation of the worst kind. It’s the opposite of art. It’s emotional propaganda. In a von Trier film, I’m shown a succession of horrible images or shocking events rendered with excessive artiness, which don’t cohere into anything at all. All the shocks are on the surface. Digging down reveals nothing at all. The movies are empty vessels into which any interpretation at all may be shoved.

Do I sound insane? Reading this over I feel like it. I realize what I’m getting at is a hazy distinction at best. My favorite movie by far this year is Upstream Color, the meaning of which will be different for every viewer, by design. Why isn’t Antichrist the same thing? Why do I feel manipulated by von Trier and respected by Carruth?

Antichrist opens with a black and white sex scene between stars Charlotte Gainsbourg and Willem Dafoe—complete with actual penetration thanks to porn-star doubles!—shot in slow-mo so slow it’s next to motionless. Their fucking is intercut with their toddler crawling out of its crib and out a window to its death, all to an overbearing classical score. You couldn’t shoot a send-up of this scene without adding clowns or slo-mo rubber duckies humping or something. It couldn’t be more self-consciously arty. 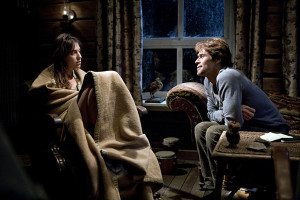 the unhappiest couple in the world

For the next hour, Gainsbourg weeps and rages in her unconsolable grief, while Dafoe, a therapist, essentially acts as her doctor, coldly and rationally trying to “help” her. Oh, men! Rarely if ever has a more boring hour of cinema been created. The film is dedicated to Andrei Tarkovsky (why? I have no idea), noted for his long, slow as molasses movies, but here’s a fun factoid about Tarkovsky: every one of his movies is a thousand times more engaging and profound than Antichrist.

Dafoe takes his insane wife to a tiny cabin in the woods, because that’s where horror movies are set. She cracks up utterly. She believes all women are pure demonic evil, an opinion one can’t help but assume von Trier shares after watching this movie.

Dafoe has some odd encounters with a deer, a crow, and a fox, who are all beautiful and bloody and shot in slo-mo, and the fox actually speaks with a distorted devil voice in the best few seconds of the movie. “Chaos reigns,” it intones. Got it. Thanks, fox! 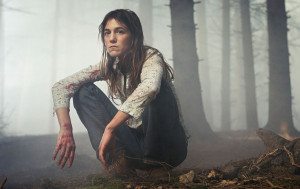 the ball-crusher ponders her next move

Sometime later, Gainsbourg crushes Dafoe’s balls with a chunk of wood, jerks him off until he ejaculates blood, drills a hole through his leg through which she affixes what must be a thirty pound grindstone, masturbates furiously in the woods, and—you might want to put down that sandwich for a moment—snips off her clitoris with a pair of scissors. All of the above in vivid close-up. Because, you know–sex—violence—femininity. Don’t you get it? No? It’s called art, motherfucker! Art means watching people snip their clitorises off, because that’s life, man! Think about it!

Following her clitorectomy she realizes that–finally!–Dafoe understands her (men are so dense), and therefore she lets him throttle her to death (women=Satan, so this is a good thing). As he wanders out of the woods, hundreds of women, their faces digitally blurred out, wander up the hillside around him like angels ascending to Heaven. The end.

Angelic women, signifiers of the ending. I know because the credits rolled after this scene.

Reviews on the web are all over the map. It’s either the best movie of all time or the successor to I Spit On Your Grave. I lean toward the latter interpretation. But jeebus monkeyface creebus, it sure looks arty! It must be important!

Now I hear you asking me: but Supreme Being, you’ve only been talking about Antichrist. This is supposed to be a Film Battle. What happened to cutting off your own foot with a hacksaw? Given a choice between the two, which to pick? 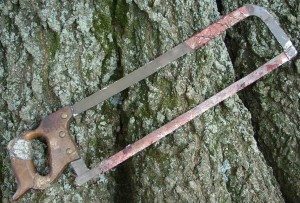 Well, it’s not a pleasant thing to consider, sawing off your own foot. You might attempt to anesthatize yourself with alcohol, but it’s still going to hurt like a motherfucker. You might pass out with the saw halfway through the bone. And even if you do succeed, you’ll be without a foot.

On the plus side, you won’t have had to sit through Antichrist.

Winner: cutting off your own foot with a hacksaw!

I hope you’ve found this film battle edifying. I wish I’d had it to refer to. But alas, I’m still walking around on two feet, and I’ll never be able to unsee Antichrist. 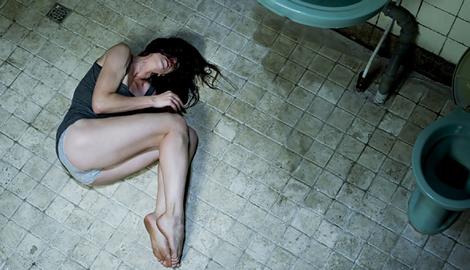 You, after watching Antichrist

3 responses on “Lars Von Trier’s Antichrist vs. Cutting Off Your Own Foot With A Hacksaw”