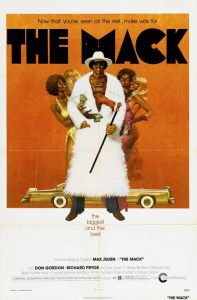 Though it came out in ’73, in the midst of the blaxploitation era, The Mack isn’t exactly an exploitation film. It’s about a pimp in Oakland with an almost all-black cast, but it’s for the most part a straight up drama. That said, it’s famous for a sequence set at the Player’s Ball, in which the Pimp of The Year is chosen. Or infamous, maybe. The Mack wasn’t a hit when it came out, but it’s since become the classic pimp movie, and therefore referenced in song by essentially every rap star of the past twenty years.

Somehow I’d managed to let this one slip by all these years, and only watched it recently because it’s said to be one of Richard Pryor’s best movies. And it is, absolutely. Of course one sad fact about Pryor’s film career is that he mostly starred in terrible, terrible movies (like The Toy. Which as an 11-year-old I quite enjoyed. I also enjoyed the following year’s Superman III. And when I was 9, was there anything funnier than Stir Crazy? Well, okay, there was Airplane!, but Stir Crazy was next best). 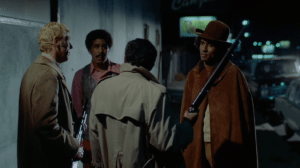 Hassled by the cops

So anyway, The Mack, though possibly the best movie Pryor ever starred in, isn’t good because of Richard Pryor. He’s fine in it, but he doesn’t have much to do, and he’s not there to be funny. He’s there to be a believeable sidekick to a pimp, and this he does. 1973 was a good year for Pryor. He also appeared to great acclaim in the concert/documentary Wattstax, providing little connective vignettes hanging out with folks and being hilarious. The year after that, he released his breakthrough comedy album, That Nigger’s Crazy, and a star was born.

Max Julien, who you will not recall from anything save The Mack, stars as Goldie, a drug dealer who’s busted by the cops in the shoot-out that opens the movie. The cops are a pair of racist white scum-bags who show up throughout the movie to prove just what bastards cops are. Goldie’s sentenced to five years in prison, where he comes close to losing his mind. 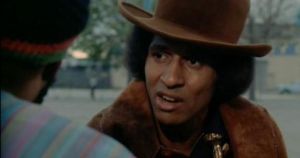 The mack offers his take on life

Freed five years later, Goldie returns to Oakland with one desire: to be the Jesus of pimps. He’s given sage advice by those in the know. He needs to get himself the best product, i.e. women, he can, and he needs to control both their bodies and their minds. We see how he pulls this off later in the movie, when Goldie brings his stable of prostitutes to a planetarium, turns on the star-projector, and brainwashes them. Needless to say, it’s kind of an odd scene.

It’s kind of an odd movie. It’s not heavy on plot. It’s a rise-to-fame kind of flick. Goldie gets big fast, and that pisses a lot of people off. The other pimps don’t like him stealing their best earners, the racist cops are after him, and the Fat Man himself, the city’s white drug kingpin, wants Goldie to give up macking and work for him again as a dealer. Goldie won’t have it. He’s a new man, a self-made man, pulling down a grand a week from his whores. 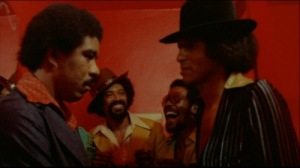 Pimps having a laugh

Speaking of whom, Goldie’s a nice pimp at first, sure, but soon turns into a right bastard. All he wants is his money. He doesn’t care how the johns treat the women.

Even more troublesome is Goldie’s brother, Olinga (Rober E. Mosley), a fiery speaker and black power advocate whose organization is fighting to get dealers and pimps and whores off the streets of Oakland. In Olinga’s eyes, Goldie’s just another exploiter.

All of these elements clash by the end. Goldie’s dream of happy macking for life doesn’t work out so well.

In spite of budget and subject matter, The Mack is well made, much more so than I was expecting. It’s got a gritty, dark ‘70s look to it. And like many movies of the era, it takes on race in a way long forgotten. What looked to the staid reviewers of the ‘70s like trashy explotation movies are often the best windows we have today on the cultural attitudes of the times. The Mack gets deep into one subculture and that’s why it’s stuck around so long, and become for many a cultural touchstone. 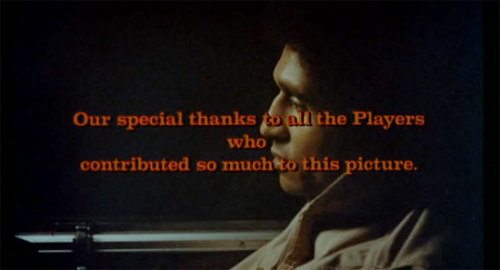