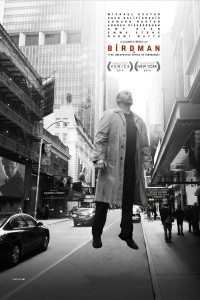 Few directors have beat their wings with the ferocity Alejandro González Iñárritu does in Birdman, a movie about the backstage goings on of a play written, directed, and starring washed up, one-time Hollywood superhero star Riggan Thomson (Michael Keaton) in an effort to prove to the world, or at least to himself, that he’s worth more than a footnote in acting history.

Iñárritu is anything but subtle in the telling. The gimmick at the heart of the movie is that it appears to unfold in one long, uninterrupted take, like Hitchcock’s Rope, but with modern technology allowing the camera to go anywhere and do anything, with the added conceit of the movie actually taking place over a week or so. It’s shot by who is now clearly the go-to man for this kind of thing, Emmanuel Lubezki, cinematographer of Children of Men and Gravity. Scenes tend toward the emotionally overblown; everyone is always yelling. And the soundtrack consists largely of a man banging away on a drumset, just in case you weren’t sure this was supposed to be exciting stuff.

In the end, it gave me a headache. 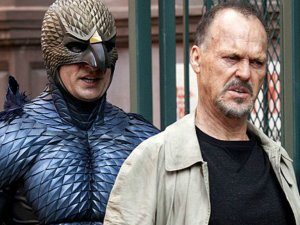 A man and his bird(man).

Which isn’t to say it’s bad, exactly. A lot of artistry went into Birdman. A lot of it works in individual scenes. Michael Keaton gives a reasonable performance (as good as Beetlejuice or Bruce Wayne? Nope) as a man at the end of a very frayed rope, with the other actors mostly better, notably Edward Norton as asshole method actor Mike Shiner (Naomi Watts, Emma Stone, and Zach Galifianakis play the other major characters). But I never felt swept up in Thomson’s journey. I never cared. By the end of the movie, I was bored, waiting for it to end.

One problem is the continuous-shot gimmick. When I first watched Children of Men, it was only deep into one-shot sequences that my movie-brain would say, “Hey, has there been a cut lately?” And then I’d be distracted again by the story and forget to notice. In Birdman, the unbroken shot is in your face from beginning to end. You’re never not noticing it. At times it’s lovely to watch the camera circle and weave and float and follow, but even then, that’s what you’re paying attention to, rather than the characters. And ultimately, what purpose does this gimmick serve? How does making it appear unbroken play into the story? I don’t know. Which is why it comes off as a gimmick rather than as a means to get at character or story. 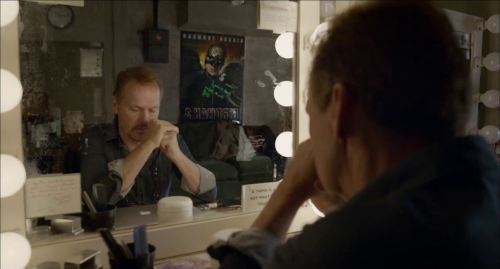 Should have done that sequel.

In fact more than anything it feels like the unbroken shot is the thing preventing the story from achieving anything more than surface pleasures. It kept me at a distance from the characters. Its artifice is ever in the way, a kind of wall blocking out any possibility of emotional connection. 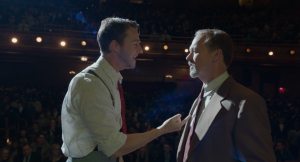 Thomson’s play is an adaptation of the Raymond Carver short story, “What We Talk About When We Talk About Love,” which Thomson chose because once when he was in high school Carver saw a play he was in and wrote him a note on a cocktail napkin telling him he was good. It was this that drove Thomson to pursue a career in acting.

Which career we understand mainly consists of three Birdman movies. Thomson’s inner voice is Birdman’s voice. Later in the movie, Birdman himself appears, following Thomson around. I imagined this would be more entertaining than it is. The fact that Keaton is the man playing this part is I guess supposed to resonate because of Keaton’s history as Batman. It doesn’t resonate. It doesn’t make any difference whatsoever. Keaton was such a strange choice to play Batman to begin with, I can’t imagine anyone remembers him as a “super-hero actor.” He’s had an unusual career in all kinds of roles. 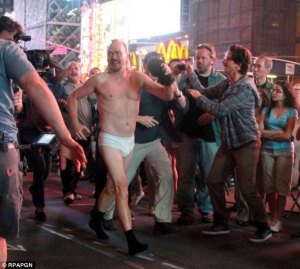 Riggan has a moment

Thomson has something of a journey in Birdman, but I didn’t buy the ending. The movie consists of nothing but backstage drama, yet it feels light on the drama. Nothing much ever actually goes wrong. On the whole, his play seems on track to be a hit from the start, and that’s what it becomes.

The other characters are all one-note. They hit their notes well, but they end up being on the outside of Thomson’s journey. Nothing they do particularly matters in terms of what he goes through. It’s all a lot of wing flapping.

I’m not even sure how I was expected to view Thomson’s play. Is he actually a great actor? Is his play actually any good? Is it nothing but a movie star vanity piece? There’s no real evidence for any particular interpretation. The audiences at the previews and opening night seem to love it, so I guess Thomson was a huge talent from the start? And if so, how does that play into the theme? What is the theme?

A comet burns across the sky at the beginning and ending of the movie. Is that Thomson? Burning bright during his brief time on Earth? Beats me.

The more I think about Birdman, the more shallow it appears, and the more my mind wanders away from it. It’s an improvement over the other Iñárritu movies I’ve seen, Babel and 21 Grams, but I’m not going to remember it any better. 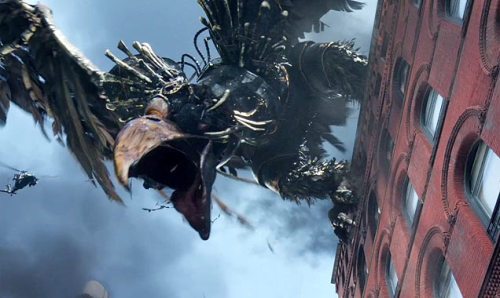 3 responses on “Birdman Does An Awful Lot of Flapping”