Spring is in the air, folks, and you know what that means: a whole fuckton of sneezing.

Also on the horizon? The 58th San Francisco International Film Festival, or SFIFF, which when pronounced sounds like you’re sneezing. Which you are anyway, so why not see some movies?

The festival runs from April 23 to May 7 at various and sundry theaters, mostly the Sundance Kabuki, with the largest events at the Castro.

You can’t. You can spend an hour reading the descriptions of every movie and, using your advanced powers of artistic discernment, pick and choose with practiced wisdom. Or you can pick movies based solely on when they’re playing. Or you can get your hands on the physical program, open it, pin it to a wall, and throw darts at it.

Having attended varying numbers of movies at this festival most years since the late ‘90s, I can tell you this: your method of choosing movies is irrelevant. There’s simply no telling what’s going to be good. All you can do is pray you get lucky. SFIFF is the world’s biggest crapshoot.

But abandon not all hope! I have seen a number of selections in advance, and I’m here to tell you about them. I might even have things to say about ones I haven’t seen in advance, ones that, using my advanced powers of artistic discernment I think will be—

Drunk Stoned Brilliant Dead: The Story of The National Lampoon

In which the history of the National Lampoon magazine, begun at Harvard University, is told. As you might expect, humor is involved. The movie is your basic doc: a bunch of slickly edited talking heads tell the story chronologically. Fortunately, the heads are interesting, and the story, too, and it’s all woven together with a bunch of loopy animation, so if nothing else, you won’t get bored. Chevy Chase is on hand, but alas, no Bill Murray. The history focuses on co-founder Doug Kenney (whom we all remember as Stork in Animal House), whose fervor is ultimately what made the magazine take off.

The big take-away? The style of humor pioneered in the National Lampoon pretty much set the stage for everything funny since. 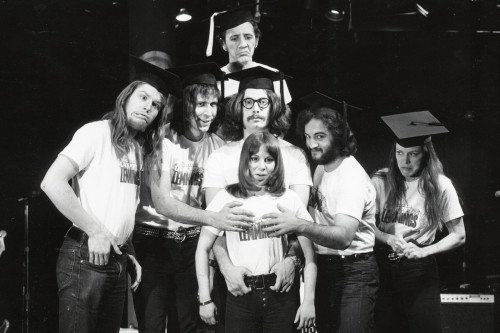 A debut feature, from Chilean director Juan Francisco Olea and writer Nicolás Wellmann, El Cordero is quintessential SFIFF material. Luckily, of the good variety. It’s about a man, Domingo, who is a devout Catholic. He and his wife and son go door to door handing out Bibles. Domingo goes to confession, but has nothing to confess. And then–let’s just say a very stupid accident leads to Domingo doing something horrible. For which, he begins to realize, he feels no guilt. He purposefully commits other sins, just to test himself. Will he feel guilt? His family has a variety of issues that begin to surface. Of course nothing is wrapped up, nothing is explained, and any meaning you’ll have to dig up for yourself. But in a good way, all told. El Cordero is an interesting piece of work. 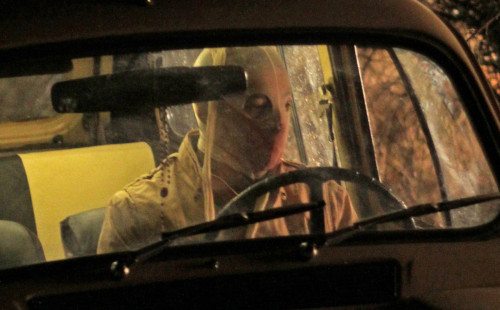 Let’s do some crimes

A noirish, South Korean cop drama from director Kim Seong-hun. It begins as any good noir begins, with a man accidentally running over another man with his car, hiding the body in his trunk, and returning to his mother’s funeral. Things only get worse, and more complicated, and somewhat more unlikely, from there. On the whole, I can’t say this one did it for me, but as a slickly produced spiral into corruption, it’s well made, if not exactly original. 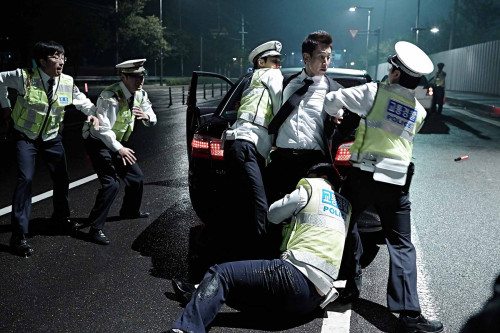 Ask him what’s in the trunk

Winner of the Golden Bear for best film at the Berlin Film Festival (2014), Black Coal, Thin Ice, from Chinese director Diao Yinan, is another noirish cop story, but much heavier on slowly building character drama than shoot-outs and poorly buried corpses. It begins with body parts being found at a variety of coal plants. Zhang, our hero cop, investigates, and in short order his partners are killed, in a genuinely shocking yet simple scene early on. We flash-forward numerous years to learn that the wife of the earlier deceased (and disembodied) man has had two boyfriends die mysteriously. Zhang, though no longer working as a detective, starts his own investigation into her life, befriending her, dating her, and, well, yes, things grow complicated. Can’t say I loved this one, but I liked many things about it. 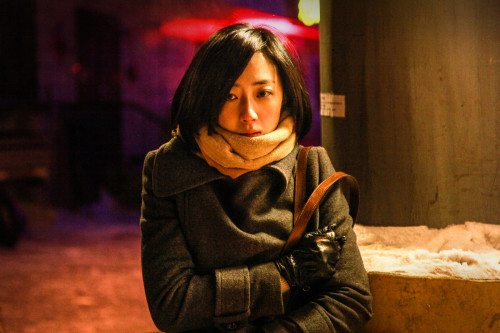 Everyone she loves dies

Vincent is a sort of French indie superhero movie. Which when I put it that way, sounds considerably more intriguing than the actual movie. I didn’t quite get the point of this one. There’s this guy who works construction, Vincent, and when he swims in a lake, he can swim super fast. Water makes him strong. He meets a girl. He gets in a fight at work. The cops are called. He runs from them and– Oh. Shit. I’ve just told you the entire movie. Sorry. Maybe this is a genius work of minimalism. Let me know. 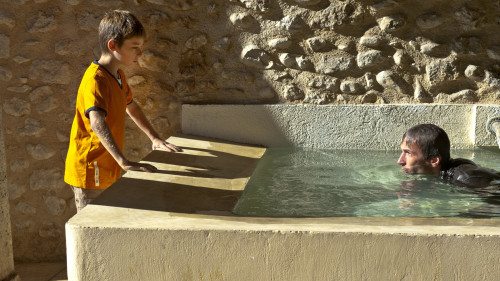 Directed by the improbably named Myroslav Slaboshpytskiy, The Tribe is, effectively, a Ukranian silent film, and an award winner at Cannes 2014. The director’s stated goal was to create a modern silent film, made in a modern style, so he cast his film with deaf actors and non-actors, had them communicate only in sign language, and provided no subtitles. Not a single word of spoken dialogue is heard in the movie. Also lacking? Music. The story is centered on a kind of high school for the deaf, where a gang of tough guys does tough guy stuff, such as prostituting two of their female classmates to truckers. The movie consists of little else than sex and violence.

Now, as I said, it’s an award winner. It’s the kind of movie that movie people have been and will be talking about. I mean, the cast is deaf. How’s that for crazy? I say this because maybe you’ll like it. Maybe, unlike me, you won’t think it’s a wretched piece of exploitation shit only noticed because of its absurd gimmick. Maybe you won’t care that not a single character is relatable of even knowable. Maybe the total failure of using the tools of cinema to tell a story won’t bother you. Maybe the fact that it’s shot and edited exactly like the kind of movies the director says he hates–where dialogue tells us everything–only without the benefit of hearing the dialogue, will fool you into thinking you’ve seen a “silent,” and you’ll go away thrilled at the director’s daring. Who knows? Give it a shot. 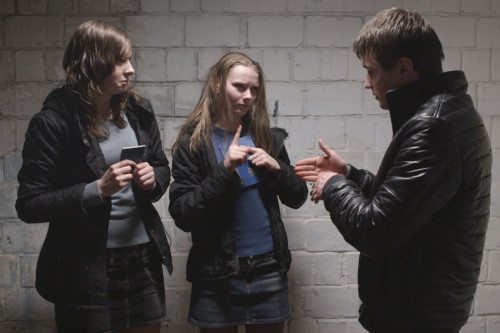 Okay then. That’s it for what I’ve previewed. What else looks interesting?

Now this is the sort of documentary subject I can get behind. The story of Cannon films, which during the ’80s produced the decade’s most absurd movies, along with a small number of high quality ones (Runaway Train comes to mind). Producers Menahem Golan and Yoran Globus knew one thing: how to entertain. The name of this doc of course comes from what is without competition the single best named film of all time: Breakin’ 2: Electric Boogaloo. I have high hopes for this doc being as trashy as its subject matter. 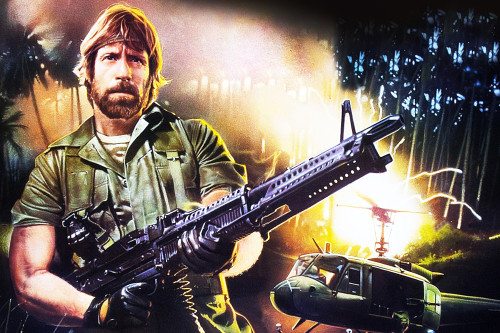 Chuck takes it to the man

The story of Brian Wilson of The Beach Boys, with Paul Dano as Wilson in the ’60s and John Cusack as Wilson in the ’80s. Also starring Paul Giamatti and Elizabeth Banks. Directed by Bill Pohlad, who’s produced such movies as Into The Wild, Tree of Life, and 12 Years A Slave. At least if you miss this one, you know it’ll be released later in the year anyway, unlike many of the smaller, stranger movies at the festival. 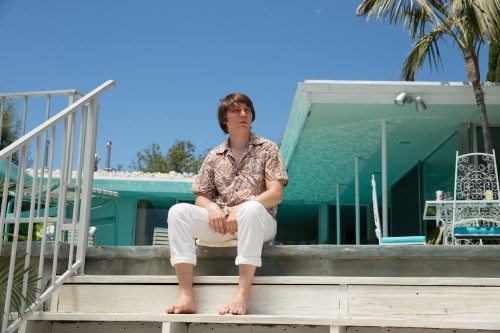 Speaking of big movies you’ll get to see eventually anyway, Experimenter is the closing night film. It’s the story of Stanley Milgram and his famous electric shock experiments, meant to test how far people would go in hurting others at the behest of an authority figure. Peter Sarsgaard plays Milgram. Michael Almereyda wrote and directed. 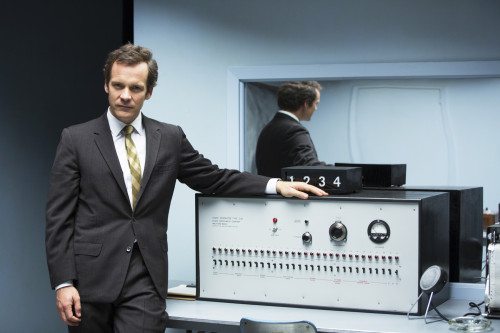 We do what we’re told to do

Del Toro is honored with the festival’s directing award. He’ll be chatting about his films, with clips of each shown, followed by a screening of his ’01 movie, The Devil’s Backbone.

Paul Schader is awarded, and following an interview about his work, his wonderfully weird movie of the life of Japanese author Yukio Mishima will be screened. Probably not on 35mm, though. (A few years ago, when honoring screenwriter Frank Pierson with this award, they literally projected a DVD of Dog Day Afternoon on a movie screen. I almost walked out. Sorry, SFIFF. But film lovers love FILM.)

Director Bill Morrison’s new assemblage film conists of never-before-soon WWI footage. Morrison made the hypnotic and strange Decasia in ’02, which you should search out. His new one is an hour long, and the Kronos Quartet will be on hand to provide a live soundtrack. I bet it’s kind of awesome. 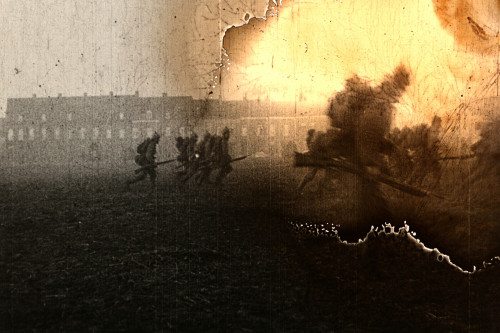 This little list of mine barely scratches the surface of the festival. There are many, many movies playing. Check out the schedule, make up a reason to pick one film over another, and take a look. One notable section of the festival is a four-movie selection by Tim League of the Alamo Drafthouse, all of which look twisted and evil.

There are programs of shorts, a large selection of documentaries, and movies from all over the world. If nothing else, checking out the festival will give you an interesting sense of what’s going on in the world of film outside the U.S.

One response on “SF International Film Festival 58: Your Not Very Official Guide”