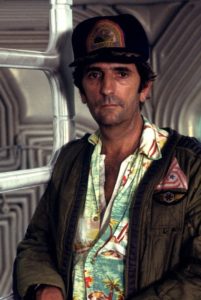 Just your basic astronaut of the future.

I first saw him in Alien. I was maybe 10 or 11. With or without him, it’s the kind of movie that makes an impact, but he brings something extra to it. He doesn’t say much. He doesn’t need to. He’s the most regular guy you could imagine on a spaceship, which was one of Alien’s innovations. Until Alien (or anyway until Alien writer Dan O’Bannon’s earlier flick, Dark Star), spaceships were manned by captains on adventures. Not so the Nostromo. Crewed by regular people (and a mysterious science officer), the Nostromo wasn’t meant for adventuring.

No one on board is more regular than Brett. Just a miner waiting for his paycheck. So he let the cat get away, now he’s gotta go look for it alone? Sure, he understands. He screwed up again. He’ll do what he has to. Here, kitty, kitty. Here, Jonesy…

Next I saw Harry Dean Stanton in Escape from New York. I movie I loved dearly. He’s funny and just a little bit weird as Brain. So by 12 years old, I already recognized and liked this low-key, odd looking actor.

Then came Christine, which I put on last night, not having watched it since the ‘80s, a job for hire for John Carpenter, then stinging from the rejection of his masterpiece, The Thing. Turns out it’s a solid movie. Better in the first half than the second, but that rare high school movie where the kids talk and act like actual high school kids. Stanton plays the no bullshit cop. He has two scenes. He’s great in both of them. He has the most relaxed, natural realness to him. It’s like he’s not even doing anything, actingwise, yet somehow there’s no one better. Two scenes, that’s all he needs. 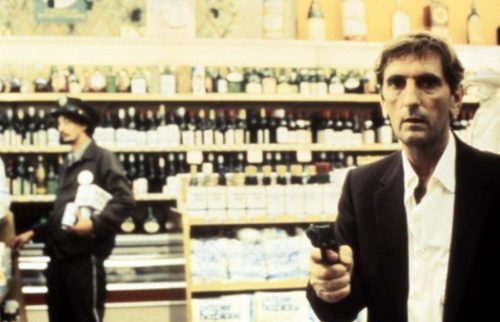 And then? Then he starred in one of the greatest movies of all time. Repo Man. I watched Repo Man often as a kid (and listened to the soundtrack even more often). Hell, I still watch Repo Man often. He’s still Harry Dean in Repo Man, same as he is in every movie, and yet he’s Bud too, angry, burnt out, aggressive. “I don’t want no Commies in my car. No Christians, either.” He’s the heart of the movie.

It’s almost like he’s the heart of every movie he’s in. And most of the time he only has a few scenes, maybe only a few lines. How does he do it?

The same year as Repo Man, 1984, he had his first and only role as a leading man in Wim Wenders’s and Sam Shephard’s Paris, Texas. He’s decidely odd as a leading man. He feels like a side character we just happen to stick with for the whole movie. It’s a great performance. It couldn’t be more low-key and it couldn’t be more gripping. There’s nothing artificial about it. Nothing saccharine. You feel his pain but you don’t pity him. He doesn’t ask you for pity. He doesn’t ask you for anything. His acting is purely honest. It just is. 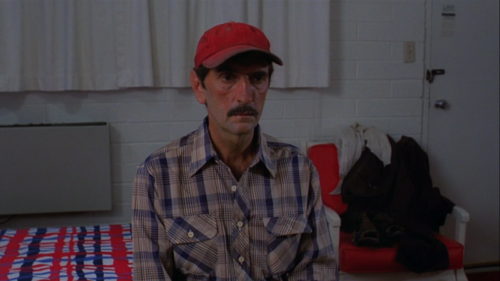 A man comes out of the desert.

It’s impossible to have watched movies in the past fifty years and not come to love him. He’s everywhere. A quick scan of IMDB tells me I’ve seen at least 34 movies featuring Stanton. As my movie-watching extended to older movies, Stanton showed up again and again. Cool Hand Luke, Two-Lane Blacktop, Kelly’s Heroes, Cockfighter, Straight Time, Ride in the Whirlwind. The list goes on.

Any movie he’s in is guaranteed to be good for at least the time he’s on-screen. It’s a short list of actors one can say that about.

Then there’s a movie like David Lynch’s The Straight Story, in which Stanton appears only in the final scene and ties the entire movie together. Any other actor and the movie wouldn’t have felt quite so right. Not because the scene required some kind of brilliant acting chops, but because it required a presence unique to Stanton.

His first TV appearance was in 1954. His next movie, Lucky, is coming out this year. Which will make for his second leading man role (or I don’t know, am I forgetting one?). Looks like there’s still one last movie after that. Sixty-three years. The man had one hell of a career. And a life, it would seem. He never married, and there’s not much out there in the public sphere about his personal life. He was buddies with Marlon Brando and came up in the acting world with Jack Nicholson and of course worked with pretty much every actor in the history of Hollywood. You could do worse than to watch Harry Dean Stanton: Partly Fiction, a documentary from 2013 in which Stanton rambles around, tells some stories, sings some songs, and chats with some old friends.

Most recently I’ve been loving Stanton in the new Twin Peaks. As I hope everyone has. Everyone watched Twin Peaks, I hope? There’s so much to be written about that show I’m waiting to watch it all again before I even try. Stanton, as usual, manages in a few scenes to become the angelic beating heart of the show.

I wish I knew Harry Dean Stanton and went out drinking with him and played guitar and sang songs with him. Doesn’t everyone think that? They must. There’s never been an actor like him. He will be missed. 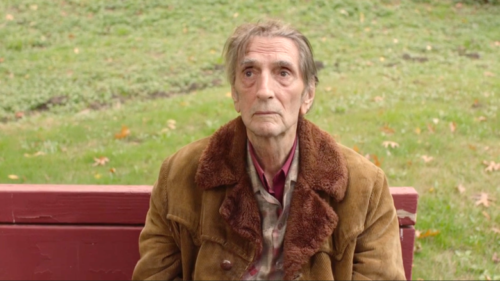