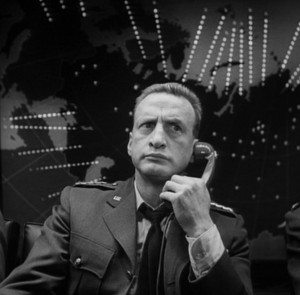 The best thing anyone ever said about the Oscars was said by George C. Scott, who put it thus: “The ceremonies are a two-hour meat parade, a public display with contrived suspense for economic reasons,” and concluded that the whole thing was “offensive, barbarous, and innately corrupt.” And that was the year he won, for Patton (’70). He did not attend to accept his little golden man.

I first watched the Academy Awards Meat Parade in ’82. I was ten. The best movie ever (in my estimation at the time), An American Werewolf In London, was up for a new award, best special make-up effects, and it won! Nice going, Rick Baker. The second best movie of all time, Raiders of The Lost Ark, was up for picture. Those in the know said it was going to lose to some boring, three hour epic about Russians, for god’s sake, a conclusion I refused to buy into. Raiders had melting faces! Truck chases! Snakes! When they both lost to a flick about running on the beach to Vangelis music, my faith in humankind was shaken to the core. What madness ruled the minds of men? I wondered that fateful night. 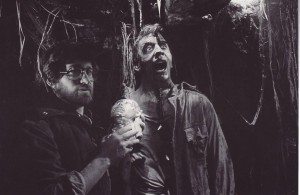 For years afterwards, I watched the awards religiously. Still more madness ensued. The 1983 show came along and where were the best picture nods for The Thing and Blade Runner and Tron and Poltergeist? Did people hate movies so much? E.T.? Even as an 11 year old I could see the pap that was E.T. The kid in Poltergeist was eaten by a tree!  Now that’s a movie. Gandhi beat out E.T. for best picture. Have you watched Gandhi since ’82? How about Blade Runner? I rest my case. (I loved Tootsie that year, too. At least that one got some official love. And I admit I’ve still never seen Sophie’s Choice.) 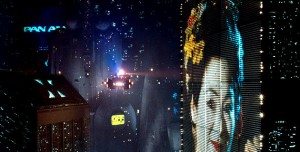 it’s this or Gandhi tonight. your call.

By my 20s the only way I could stomach the Oscars was to organize betting pools with friends. That and beer made the nine (or so) hour ceremonies bearable. Though let’s be honest: no amount of beer and gambling could ease the shock of Kevin Costner going home with a best director Oscar for Dances With Wolves, which also won best picture, in the year, let’s all recall, of Goodfellas. Directed by Martin Scorsese. Who’d never won an Oscar. Kubrick? Never won a directing Oscar. Unlike, for example, Mel Gibson, who did. 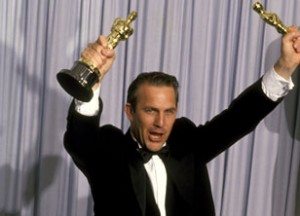 For the past decade-plus, I’ve found it tough to care who wins these things. The last time I was at all interested was for the ’06 awards, what with Children of Men having just come out. It was almost completely ignored. People were too busy heaping praise on the mall-safe comedy of Little Miss Sunshine on the one hand, and on the other finally finding it in their hearts to give Scorsese an award, even if The Departed was at best a middling effort in his oeuvre.

So now this year’s nominations have come out, and as has become the case more and more often, I find myself thinking, “Really? You’re going to give out Oscars this year? To what?” I didn’t write a Best-Of post for the year because my compatriot The Evil Genius already did, and said mostly what I would have said, which is that while there were certainly a lot of movies made this year, and while some showed impressive creativity, I didn’t find any to fall into the “great” category. 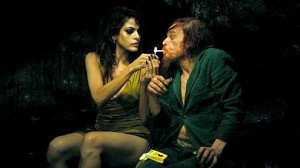 Am I old and curmudgeonly? Almost certainly. But I was at least this curmudgeonly by the time I was in 6th grade (see above re: E.T.), so I’m not sure a bad attitude is the culprit. Maybe a lot of movies just kinda suck? Maybe’s there too big a glut of them for the small and daring to make much impact? Maybe the studios are so bottom-line oriented that the only options are cheap comedies or $200 million-plus budgeted, special-effects-based, brain-melting shit-storms? Maybe.

Let’s take a look at this year’s nominees. We now get more than five for best picture because any film nominated sees a huge boost in ticket sales/rentals. More noms means more business. This year we get nine.

There’s Lincoln, Spielberg’s latest “important” flick, one so boring and badly written by soon-to-be Oscar-winning playwright Tony Kushner that I’d like to toss the entire cast and crew into the maw of that tooth-faced girl in Cabin In The Woods.

feed me your boring movies…

Next is Argo, winner of the Golden Globe, an award even more absurd than the Oscars, voted on in secret by a tiny group of “foreign press.” It’s popular for the stars because alcohol is served at the event, and because, being stars, they like to dress up and give each other awards. Argo is an alleged thriller directed by actor Ben Affleck. It’s notable for being totally inoffensive, having no style, and having nothing to say about anything. Its idea of suspense is to have John Goodman and Alan Arkin walking across a studio lot while a phone rings—and be prevented from answering it because a movie is shooting! Oh noes! It might as well be a parade of Canadian moose for all it has to do with the story. It acts as a reverse deus ex machina: the hand of god drops some moose in their way, so director Affleck can pretend there’s tension. 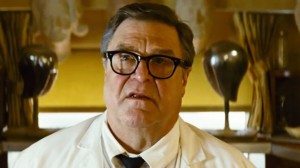 “lord I hope the Coens have something for me soon”

Speaking of having nothing to say, welcome to Zero Dark Thirty, about which I’ve already said plenty. In short: it ain’t the era of Apocalypse Now, The Deer Hunter, and Coming Home. If you make a movie about war, it had better show no political or moral position on anything whatsoever.

Silver Linings Playbook is being talked up as a possible Lincoln upsetter. I’d have something deep to say about the matter, but I failed to see this one. The Evil Genius offers his thoughts here. It didn’t knock his socks off. 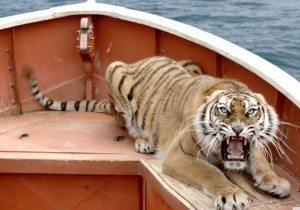 Django Unchained? Seriously? That’s on this list? Django Unchained should be put on a small boat with a tiger and left to fend for itself, far from view of human eyeballs.

Life of Pi? I read the book. Does that count? Nice middle, terrible beginning, even worse ending. I think I was supposed to believe in god at the end? And the kid ate his own mother? Did I make that up? It’s been a while. The Evil Genius’s review hasn’t made me rush out to see this one.

Les Misérables. I know it’s not fair to slam a movie one hasn’t seen, but this is the worst movie I’ve ever not seen. Last time I heard there was this amazing movie version of a musical I had to see, I saw Chicago. I’m still suffering PTSD from that one. And even lovers of Les Mis say this movie blows. Anyhow, I read Film Crit Hulk’s entire 27,000,000 word review of it, which I have no doubt is far better than the movie itself.

Amour is by renowned director Michael Hanneke. Looks intriguing. I’ll see this one sooner or later. No chance it’ll win best picture. It’s foreign. Which makes it a lock for best foreign film.

Beasts of The Southern Wild. Hey, that was pretty good. Best thing since the start of the sound era? Not quite. A solid little indie flick, with some creepy pig monsters lurking about. Can’t go wrong with that. Of these nine, it’s my favorite. Or, to be more exact, of the nominated movies I’ve seen, this is the only one I liked. 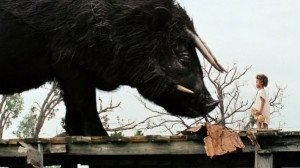 will you be my friend?

On to the other categories! Or then again, let’s not do that. The Oscars are the biggest, prettiest, most beloved meat parade there is. But it’s still a meat parade. The best movies are the best movies whether or not anyone bestows awards on them. And the worst ones are still the worst.