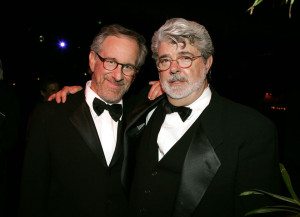 Two woe-begotten film-artisans struggling to make a go of it in a world consumed by overbearing, effects-laden blockbusters they had NO PART in creating, so quit blaming them already!

The summer movie season was littered with bombs, flops, and misfires. More mega-budget movies were released than in any previous summer season, thus over-crowding the marketplace, resulting in dud after dud. The studios lost money. The business model is failing. Hollywood needs to rethink the entire concept of the blockbuster, of the summer release schedule, of putting out movies similar to those of other studios, or they will all “implode,” as recently stated by long-time opponents of blockbusters, Steven Spielberg and George Lucas, each of whose small, personal films of the past year, Lincoln and Red Tails, respectively, barely squeezed their way into theaters. If Hollywood doesn’t rein in the blockbusters and allow unique creative visionaries (like Spielberg and Lucas) to make modestly budgeted films aimed at people over the age of 15, movies as we know them will vanish in a puff of magic smoke.

Or so I have read. You can’t throw a rock at the internet without hitting another opinion piece opining on what Hollywood should do now that they’ve suffered such a lamentable summer as 2013’s. Just take a look at the summer’s Official Bombs:

Looks mighty grim. Or does it?

You could click on this link and read the article at Box Office Mojo, but I think the title says it all: Summer 2013 Sets New Record with $4.76 Billion. That’s dollars. Almost five billion of them. A new record. $4.4 billion was the old record, set in 2011.

Still and all, what about those bombs listed above? Turns out those bombs aren’t bombs. At worst, they’re not as successful as hoped. What I didn’t list—and what so many armchair Hollywood-is-doomed theorists seem not to understand—are foreign receipts. 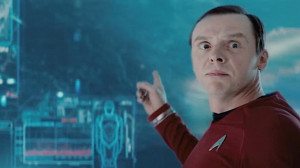 I can’t believe there’s a good movie over there, either, Scotty.

Hollywood doesn’t make summer movies for Americans. Which is not to say they’re specifically making movies for foreign markets. It’s to say that Hollywood is making movies for the world. Certainly those movies have mass appeal in the U.S., but summer blockbusters are carefully designed to appeal to essentially everyone. Hence the bad, simplistic dialogue, the idiotic plots, the plywood characters, and all of that CGI goodness going BOOM in ways no other country’s film industry comes close to replicating.

Why was Star Trek Into Idiocy so different from the first one? So lacking in humorous, emotional character interactions? So full of death and destruction? So fucking stupid? Because the first one didn’t appeal to the international market the way Paramount wanted it to—needed it to—so adjustments were made, and the result? Money. Lots of it. (Worldwide gross for Into Darkness: $465m vs. the $385m made by the first one in ’09).

Here’s the same list as above with the total worldwide gross, including domestic:

Things aren’t looking quite as dire as before, are they? $404m for Pacific Rim? No wonder a sequel is already in the works. It killed overseas. Asian markets go bonkers for giant monsters and robots. Even The Lone Ranger made more than its budget. 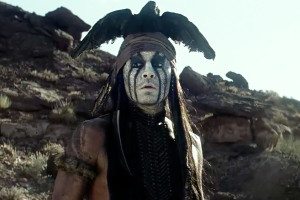 Oh gosh. Can we watch Dead Man instead?

Of course these numbers fail take into account the marketing budgets. A movie like The Lone Ranger surely cost Disney north of $100m to market. And then there’s the theaters taking their cut of the totals. Meaning The Lone Ranger and a few of the others on that list might remain in the red. For now. Don’t forget DVD/Blu-ray, cable, airplanes, etc., etc. Hollywood is wise in the ways of convincing consumers to pay for the same thing over and over again.

What does this all mean for the future? Is Hollywood going to change course? Have budgets become too big?

No! A thousand times no! Did you miss the $4.76 billion above? Hollywood is writhing around naked on a massive pile of cocaine-encrusted $100 bills! Change course? What the hell for? Everything is working perfectly. A few turds came out this summer? No kidding? When hasn’t the summer season seen a turd or two? It’s the cost of doing business. You think Dreamworks, after Turbo’s failure, is going to stop imitating Pixar? I think not. You think Disney is going to stop funding massive movies after The Lone Ranger‘s less than stellar performance? You might want to check their worldwide grosses for Iron Man 3 and Monsters University first ($1.2b and $724m, respectively).

Will we see no more science fiction extravaganzas after the four futuristic “failures” above? Don’t hold your breath. Remember last year when everyone slammed Prometheus? A sequel is coming. 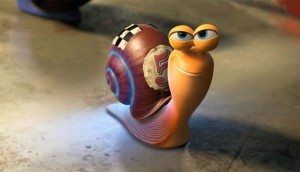 So, wait, he’s a snail in snail races, but he’s superpowered, and runs faster than an airplane? Why is that funny again?

The only lesson to be learned this summer by studios is…um…well, R.I.P.D. was a bona fide disaster, so no more movies based on comic books? Wait, what did The Avengers gross again? Oh, right—all the money in the universe. We can expect another lifetime’s worth of pseudo-nerd-approved comic book flicks. Not much of a lesson there. No more animated movies featuring wise-cracking anthropomorphized whatevers? What would be left to animate?

But surely we have to learn something, dammit!

Wait, I’ve got it! Don’t make action movies set in the White House! Whew. I’m glad we got something out of—oh shit. What about Olympus Has Fallen? The other White House action flick of 2013? Budget of $70m, worldwide gross of–$161m! Fuck!

I’ve got nothing. Hollywood kicked ass this summer with sequels, comic book movies, reboots, action movies, comedies, animation, and horror. Seems to be the overall lesson is this: keep on keeping on, and watch the money roll in.