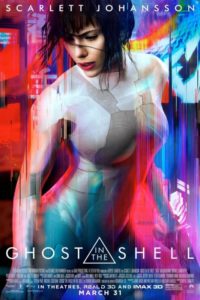 You know what film I knew was going to be terrible within the first three minutes? The 2017 live-action remake of the anime classic Ghost in the Shell.

With dread speed and an almost impressive clarity of purpose, the production announced that it would add absolutely nothing to the work of the original save pasty whiteness. They took something born out of culture and history and nuance and replaced all of that with the comforting familiarity of white faces, English tongue, and a mostly digital Scarlett Johansson.

Fuck off all of youz. Now, let us pause as they spell out, slowly, for the third time, how when they say ‘ghost’ and ‘shell’ what they really mean is ‘soul’ and ‘body,’ as if they expect the audience to be as dumb as pulverized rocks.

Which might be accurate. White supremacists, amiright? How stupid can you get? 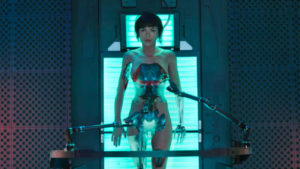 For if you’re the kind of person who needs things to resemble your insular experience of the world in order to enjoy them, there are plenty of episodes of Two and a Half Men available for streaming. Straight remakes of foreign films — like Ghost in the Shell, Point of No Return (neé La Femme Nikita), and Sleepless — are the filmed equivalent of ‘Lost Cause’ revisionism, eugenics, and phrenology. They are made by pandering demagogues for closet racists and xenophobes.

Stripping the identity from an artwork doesn’t make it more accessible; it makes it bland and shitty, like alt-right rock music. This is obvious to me, you, and even to the people who bring remakes into being. They have no more respect for their prospective audience than I do; they just see easily cozened walking wallets.

If we’re going to start tearing down Confederate Monuments — and we should — we should also save ourselves time, money, and suffering by stopping these remakes from being made in the first place. 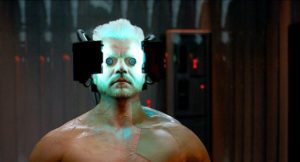 In the specific case of Ghost in the Shell, there’s no excuse for any of it. It poorly recreates a traditionally animated film in ‘live action’ — which in this case means digital animation with a human face or two dropped over it. And as far as human faces go, Scarlett Johansson should be barred from ever playing another action heroine.

Loved her in Under the Skin, but she brings nothing but insult to the lead role of the Major: an Anglo-Saxon android with a Japanese brain built by a French cyber-biologist in last century’s vision of futuristic Asia. 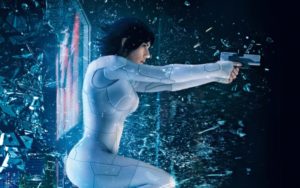 The ideas Ghost in the Shell trots out may have been eerie and intriguing in 1989 or 1995 but in 2017, they’re lame. They’re as lame as the idea of remaking a Japanese film with a white cast. Take note future ‘live-action’ Akira producers. No one wants this shit any more, not even idiots.

There are a handful of visually interesting scenes in Ghost in the Shell, most of which are direct mimeos of the earlier anime (and probably the original manga, for that matter), and there’s Beat Takeshi trying to add a bit of class, but forget it. If what you want is something like the anime Ghost in the Shell but in English, what you want isn’t this remake — or any remake.

What you want is cultural-sensitivity training. And an open mind. 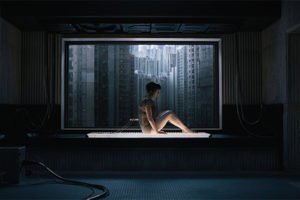 It’s a big world now, kids. You can FaceTime anyone around the world from your subway seat. You can be across the globe faster than the sun. If people speaking different languages, of different skin tones, wearing different styles keep you away from the cinema, it’s time for you to give up the ghost.

And by ‘ghost’ I mean soul.

The South will not rise again. Jesus was a Middle Eastern Jew. The master race is one DNA test away from proven utterly dilute. And only preternaturally brilliant first-generation American school kids can spell words correctly in English. Embrace the inevitable because it’s inevitable and, frankly, better. And you’re smarter than this.

If they start advertising a remake of a foreign movie that sounds cool, go see the original and let the remake tank like A Ghost in the Shell.

The original will be cool — that’s why they’re remaking it; because it was good. The remake, on the other hand, will suck. It will be like going to see Die Hard remade with Chinese actors or Yojimbo in English.

Which, okay. There are exceptions. But it takes a rare mind and deft feet to co-opt cultural artifacts in a way that’s additive and not insulting. For the most part, it’s offensive garbage and your shouldn’t try it.

But if all them big words didn’t convince you, let me close with a no-word review of Ghost in the Shell: 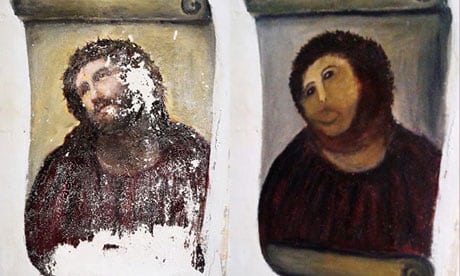