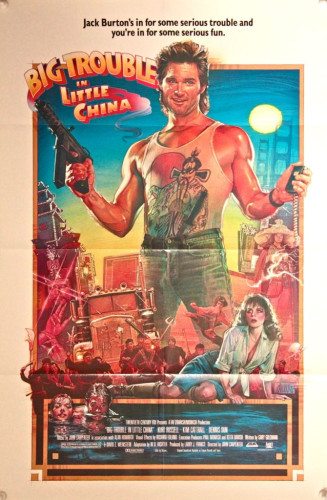 Fans of the original film, which are plentiful (especially when you consider it was a bomb when it first came out in 1986), seem disappointed that the John Carpenter original is getting a make-over. And if recent history is any indication, the reboot will come and go without leaving much of a mark on anyone’s memory and cost a few studio jobs in the process. 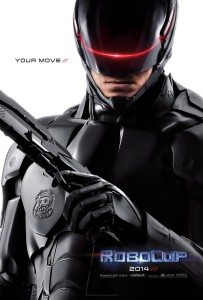 I did NOT buy that for a dollar.

Remaking familiar films (or rebooting for those who find the term “remake” too vulgar) makes the advertising and publicity department’s collective lives easier. It takes little imagination to come up with an ad campaign for a recycled property. “Remember RoboCop?” “Yeah.” “Well that’s it. It’s RoboCop. We did it again. See you opening day.”

And of course this has resulted in a flurry of remakes since the turn of the millenium. Beyond superhero franchises being revived and recast, the aforementioned RoboCop, Carrie, Clash of the Titans, Evil Dead, Fame, Footloose, Friday the 13th, Fright Night, Halloween, The Karate Kid, King Kong, Nightmare on Elm Street, Point Break, Poltergeist, Poseidon, Red Dawn, Rollerball, Total Recall and The Wolfman all were reheated like last week’s leftovers.

The list goes on to include comedies like Arthur, Bad News Bears, The Heartbreak Kid, The In Laws, The Longest Yard and The Stepford Wives.

Of that list, which is nowhere near complete, which one of those remakes were considered better than the original or made a comparable impact on pop culture? I am guessing your answer would be “None of them.”

Nobody  debates “Who was the better Khan?” or “Which is your favorite General Zod?” or “Do you prefer Sellers or Martin as Clouseau?”

Many of these films hit because they reflected the sensibilities of the time. Horror films and sci films inevitably are responses to the fears and anxieties of the audience. Those change with time and just having someone wear a RoboCop outfit or Jason finding a hockey mask will not replicate what made the original films work.

And sometimes adapting those stories to a modern mindset removes elements that made the original work. Don’t believe me? Did you know that in the remake, Arthur goes to alcohol rehab? Yikes.

Sometimes a remake works. But for every Ocean’s 11 or Rise of the Planet of the Apes we get a dozen Willy Wonka and The Chocolate Factorys.

The never ending conveyor belt of remakes is bringing forth more than Big Trouble in Little China. A much talked about Ghostbusters remake will doom a very talented cast to inevitable Murray/Aykroyd/Weaver/Ramis/Moranis comparisons (and Ernie Hudson too.)

Movies like Escape From New York, Weird Science, Logan’s Run, Videodrome and even god forbid Time Bandits* are rumored to be next in line for do-overs.

Hollywood needs to stop doing this. Not just for artistic reasons but also for financial ones: remakes are almost always letdowns at the box office.

But this is not a plea for original ideas. I am not going to wax poetic about new and fresh stories. One of my screenwriting teachers at New York University used to say “There are only two plots: The Journey and A Stranger Comes To Town.”

His point is well taken. Stories are recycled. The elements of movies that excite one audience can easily be rebottled for another. 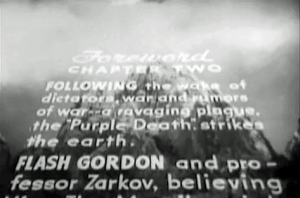 This reminds me of something…

In other words, I do not want remakes.

I grew up loving Star Wars. It did not bother me when I discovered the tone and characters were basically ripped off from Buck Rogers and Flash Gordon, with a touch of Dune here and a dash of Kurosawa there.

Indiana Jones swiped from old Republic serials. Ghostbusters borrowed from Abbot and Costello, Hope and Crosby and no shortage of science fiction/fantasy comedies.

The loner cop against the system films like The French Connection and Dirty Harry would give way to 48 Hours, Beverly Hills Cop, the Lethal Weapon movies and later the Rush Hour films, Bad Boys and even that Jay Leno and Pat Morita movie you forgot existed. 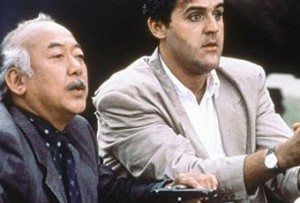 You didn’t dream that.

The 1980s were filled with movies ripping off Spielberg, Lucas, Stallone and 48 Hours. Hits like Top Gun and Red Dawn were repackaged propaganda films. Even the imaginative Who Framed Roger Rabbit? was a mashup of film noir and Looney Tunes.

There was an understanding going into movies that what was onscreen would be derivative of something else. “You liked Rambo? Well this one stars Arnold and he is fighting an alien. Enjoy Predator!”

Each generation prefers to have their own heroes and storylines instead of a recycled movie. Die Hard begat Speed and Cliffhanger and nobody seemed to mind the similarities.

Some of the biggest hits of the 1990s and 2000s were patchworks of other movies. The Matrix was kung fu mixed with Phillip K. Dick sci-fi mumbo jumbo. Independence Day was a pop culture laced retelling of War of The Worlds and about 1,000 other flying saucer films. Titanic was a pulpy love story mixed with a disaster film. Men in Black? A buddy cop movie with aliens. Avatar? Try Dances With Wolves and Ferngully with machine guns.

Even Pixar, the most consistent provider of great mainstream blockbusters, uses familiar imagery and storylines to tell their never ending stream of new classics.

Arguably the success of  last year’s runaway blockbuster Guardians of The Galaxy could be linked to the fact that those heroes, unlike Superman, Batman and Spider-Man, had no previous cinematic baggage. Nobody thought “I liked the old version of Rocket Raccoon” after seeing it.

That film ripped off every science fiction and superhero film ever made and tied it together with a soundtrack from the oldies station. Audiences ate it up. They’ll remember it much longer than any remake mentioned above or currently in production.

Audiences do not mind rip-offs. They embrace rip-offs. Popcorn movies are not supposed to be challenging art house fare. The films that last are the ones audiences can embrace as their own.

I would venture that San Andreas will be a more beloved Rock movie than a Big Trouble in Little China remake.