I have been watching things and having thoughts. Sometimes simultaneously. Please allow me to demonstrate. 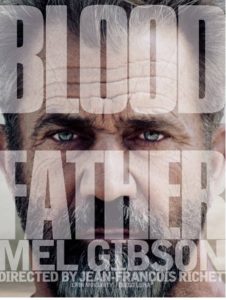 Mel Gibson may be a psychotic religious deviant, but in these days of Donald Trump, his alcohol-fueled tirades almost seem quaint. In any case, his leathery back is uniquely well suited for carrying this stripped-down thriller all the way to the bloody edge. If, when the film ends, you choose to shove the actor over the lip along with the film’s other accumulated corpses, his expression suggests he may well thank you for the kindness. 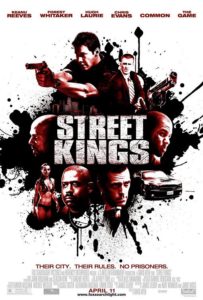 At this point, I have officially watched enough David Ayer films to know better. This one — a gritty L.A. cop drama starring Keanu Reeves and Forest Whitaker — is as good as any of his other films, by which I mean it’s wretched to the point of cruelty. If you don’t see the plot twist coming from leagues away, I admire your ability to let the sweet blessings of oblivion play whack-a-mole with your noggin. 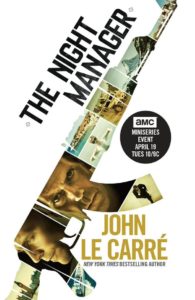 John le Carré has got the hopeless and morose spy thing well sewn up. This multi-part television adaptation of one of his more recent novels features some agreeable performances from Tom Hiddleston and Hugh Laurie, a truly exceptional opening credits sequence, and an ending that’s altogether too bright for my liking. Oh well; you can’t lose them all. 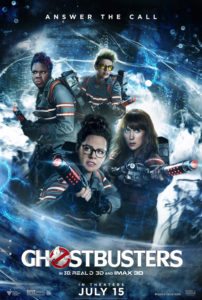 I watched this one with the intention of coming up with 10 positive things to say about it. I managed to find not a single one. I feel the film’s writers might have been overly rosy in choosing to end this picture with the line, “That’s not completely terrible.” 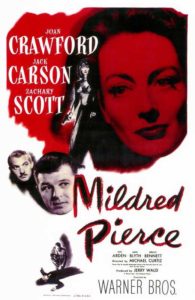 A Joan Crawford film I’ve been meaning to watch for decades, this melodramatic noir didn’t disappoint. It’s about a ghastly girl named Veda who uses her mother’s love against her like a garotte. Poor Mildred gives and takes all she can, which is a vile pleasure to behold. 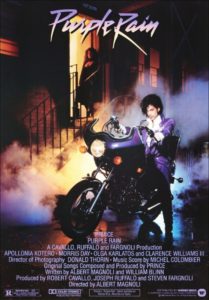 Yes, Prince, dead too soon. And yet, as astounding as the musical performances are in this picture, they are more than adequately counter-balanced by the lousiness of everything else from soup to overly-frilled nuts. Assuming other equal-or-better concert footage of the Purple One exists, this film should be thrown, willing or not, into Lake Minnetonka. 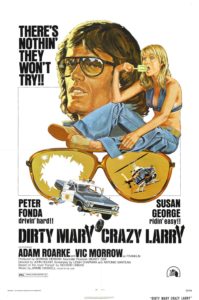 Peter Fonda and Susan George play the titular couple in this low-rent criminals / lovers on the lam picture, but not well enough — especially George who is resolutely terrible. Both are outplayed by Adam Roarke as Deke (their terse, surly mechanic) and the late Vic Morrow (as the local sheriff) but it hardly matters. This film has all the appeal of Vanishing Point watched for the twelfth time through a greasy potato chip bag, a description that I’m sure will appeal to some of you (*cough* Quentin Tarantino *cough*). 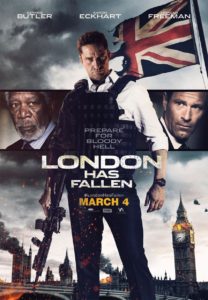 While it is true that London falls during the course of this picture, what the title fails to mention is that the undertaking is so dreadfully dull and stupid that you will consider eating your own eyes. Gerard Butler has made a solid name for himself playing a knife-wielding meatloaf with volume control deficiency issues, but one would have to be stretched awfully thin to find any enjoyment in this turd. It’s like watching Cobra while eating a bowlful of habañero-flavored thumbtacks.

One response on “Twenty-Seven Sentences About Eight Films”