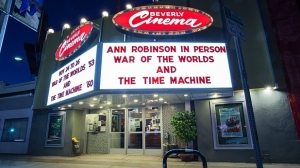 I lived in Los Angeles for four years in the mid-‘90s, two of those years within walking distance of the New Beverly Cinema. I’d estimate I saw somewhere between 300 and 400 movies there over those four years. I loved it. A dingy old theater playing double bills of movies new and old and important and famous and infamous and trashy as fuck.

This was before nerd culture took over the world. It was in no way cool to spend two or three evenings a week going to a weird movie theater, usually alone, to watch weird old movies. I suppose there were plenty of other charming weirdos going then too, but I was not in the habit of talking to weirdos like me at the theater. 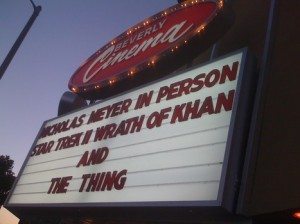 no guest speakers back in my day, alas…

Some of the crowds at the New Bev were reverential. Others, less so. I still recall seeing The Thing there around ’96 after not having seen it projected since it opened in ’82. I’d watched it over and over again in the intervening years, but always at home, usually late at night and alone, when it would always creep the fuck out of me. At the New Bev screening, the audience viewed it as a comedy. Which drove me nuts at first. But what can you do? I went with it, and still had a good time.

By the mid-‘00s, when nerds had pretty much taken over movie culture, the New Bev became a lot cooler. And when in ’07 Quentin Tarantino saved it from bankruptcy (“As long as I’m alive, and as long as I’m rich, the New Beverly will be there, showing double features in 35mm”), it became famous. In the years following, Tarantino and other directors programmed their favorite movies and came to speak. Laura Dern showed up at a Wild At Heart screening presented by Edgar Wright and brought David Lynch along for a pre-show chat. Clu Gulagar, co-star of two of my favorite movies (The Last Picture Show and The Return of The Living Dead), started seeing movies there so often they gave him an honorary seat.

The surprisingly sudden rise of digital cinema added to the cool factor of revival houses like the New Bev. Now it wasn’t just a matter of seeing old movies, it was about actually seeing them on film. 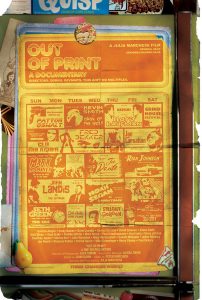 And so, a few years ago, dedicated New Bev employee Julia Marchese set out to make a documentary, Out of Print, about the New Beverly Cinema and the effort to save 35mm films. Which sounded like a fine idea to me, so I kicked in moneys to her Kickstarter campaign.

Marchese finished the movie recently, but changes were afoot. Tarantino’s move in ’07 came when Sherman Torgan, owner and operator of the theater since ’78, died. Torgan’s son, Michael, took over, but in Sep. ’14, Tarantino decided it was time to take over himself. It would seem the details of the agreement with Michael Torgan are not public.

Tarantino ditched the digital projector. Nothing but film will be shown at the New Bev from now on. Reading this piece, he certainly sounds committed to creating a unique place for old movies. As he says:

To me, digital projection is just television in public. People leaving their houses to watch a DVD with a bunch of strangers, in a room other than their house.

But it seems he, or his new management team led by his personal assistant, Julie McLean, after initially hiring Marchese as a co-manager, gave her little to do in the first month of operations, and then, as Marchese claims, forced her to quit. 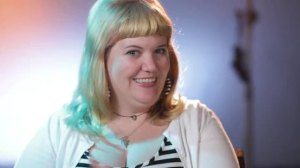 Marchese wrote a blog post about what happened to her. Not knowing her or anyone else at the New Bev, I have no idea how truthful her side of the issue is. Tarantino’s team has yet to respond publicly. Reading Marchese’s account, it’s hard to know what to think. She’s outraged at Tarantino having installed cameras in the lobby and manager’s office, and at forcing her to sign a non-disclosure agreement limiting what she can say about the New Bev online. But cameras and NDA’s are about as standard as could be, aren’t they?

What do I know? I’m just some guy who likes movies. But when Marchese writes that Julie McLean accused her of making the situation “all about her,” one wonders if there’s some truth to it. Might Marchese have tried harder to accept the changes and get along the with the new regime? Or, as she describes it, was she not even given the opportunity to do so? Marchese says her last words to McLean after she quit were, “You’re going to turn this place into a fucking multiplex, and it’s a goddamn drag.” 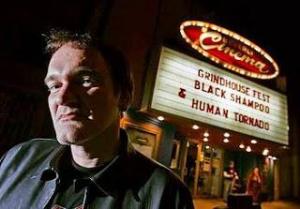 Tarantino stops by the show

Whatever else happens with the New Bev, one struggles to imagine it becoming a multiplex. Sounds like it’s going to be one of the very few places left to see old films on 35mm, whether or not Marchese is the one selling you a ticket.

In any case, the timing was a shame. Out of Print was finished, and she’d hoped to show a 35mm print of it at the New Bev itself. Looks like that’s off. Unless this brouhaha heats up and Tarantino throws her a bone.

In the meantime, Out of Print is, for now, available to watch for free on Vimeo. Seeing as I’d helped pay for its creation, I thought I’d better check it out.

Not great or nothin’, but a professional piece of work with plenty of directors interviewed, including Joe Dante, John Landis, Stuart Gordon, Edgar Wright, Rian Johnson, Joe Carnahan, and Troma’s Lloyd Kaufman, among others. 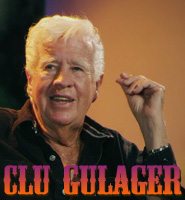 It turns out to be far more a New Beverly love letter than about preserving 35mm. It’s a movie made for lovers of the New Bev and, to a lesser degree, revival houses in general. But mostly lovers of the New Bev. If that’s not you, I’m not sure the movie will be of much interest.

As a love letter, it’s a nice little movie. But without any deeper themes to explore, it’s a bit on the thin side. It moves along at a good clip, but a very steady one. There’s not really anything to build to. So although I found it interesting throughout, it was a little tiresome to sit through.

Mostly I’m just glad that there are people out there like me who think movies are meant to be seen projected on film, and are working to convince distributors to continue providing prints to revival theaters. Digital has taken over. Everyone understands that. But the history of film is on film. To lock what’s left of it away, never again to be shown? Surely we humans are smarter than that. Maybe?