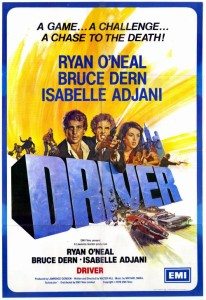 Nowhere has Walter Hill’s filmmaking been more streamlined than in The Driver (’78), a movie with minimal dialogue, a vague hint of a story, no character names, no character arcs, and no resolution. It plays like an American filmmaker imitating Europeans imitiating Americans. Its most obvious inspirations are Boorman’s Point Blank (’67) and Melville’s Le Samouraï (’67), two movies in which single-minded criminals go about their deadly, wordless business no matter the consequences, to them or to anyone else. And its character designations—The Driver, The Detective, The Player, etc.—it owes to Hellman’s Two-Lane Blacktop (’71), which featured The Driver, The Mechanic, and The Girl.

The Driver isn’t as good as any of its inspirations. Walter Hill’s strengths do not lie in crafting existential character pieces. The Driver comes off as what it is: an imitation. It never quite rises to being its own thing. Hill is at his best directing the car chases, of which, wisely, there are plenty. In this he’s a far cry from his inspirations. Europeans in the ‘60s inspired by American crime films were drawn to the more existential aspects of criminality and self-destruction. Actually shooting action sequences didn’t interest them.

Action interests Hill. The Driver is meant to be nothing but. The story is a familiar one, especially if you’ve seen Nicolas Winding Refn’s Drive (’11), in which getaway driver Ryan Gosling plays, you guessed it, The Driver. In its plot, Drive is a throwback to classic film noir—a man sees a woman, and in seeing her, his fate is sealed. The plot of The Driver, while simple, fails to tap into the noir world-view. It’s bleak and violent, but it’s static.

Hill imagined someone like Clint Eastwood or Steve McQueen for his Driver, or at any rate 20th Century Fox did. Who he ended up with is Ryan O’Neal, a boxer turned actor who was launched to fame in 1970 with the treacly love story, Love Story, and managed to star in high profile pictures (like Kubrick’s Barry Lyndon (sigh)) for a decade before falling off the A-list. As The Driver, he tries hard to embody the single-minded tough-guy personas of Eastwood and Lee Marvin, but its no use; his presence is minimal; he’s too pretty. Limiting his dialogue helps, but it’s not enough. He can’t carry the required existential weight. 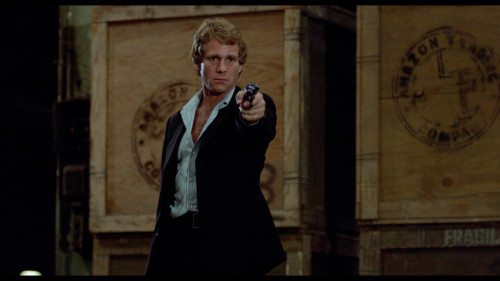 Pursuing him is The Detective, played by Bruce Dern as a man who will break any rule and destroy any career, even his own, to catch his elusive prey. He’s angry and impotent and nothing else. He isn’t given enough to do to become a memorable character.

After a long opening sequence in which The Driver leads numerous cops on a merry chase through the city, The Detective comes up with a plan to catch him. He forces a couple of gangsters to hire The Driver on a bank job. The Detective’s partner isn’t so keen on cops sending a couple of killers off to rob a bank with their blessing, but The Detective doesn’t care. His is a metaphorical battle between the forces of good and evil. He will do whatever it takes to win. 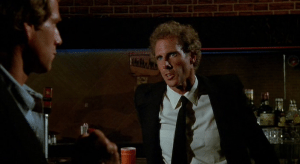 The Detective, in a bad mood again

Except putting into motion the bank job is all he does. That’s the whole plan, and that’s the whole movie. The Driver works with two women, The Connection (Ronee Blakley), who sets up his meeting the gangsters, and The Player (Isabelle Adjani), who helps out here and there. I think mainly she exists to be a sexy young woman whose beauty The Driver can ignore, thus boosting his above-it-all coolness. Not even a beautiful woman will distract him from his task.

Which task is what, again? To not ever be caught? He knows working for the punks robbing the bank is a bad deal, but he does it anyway. He has to. Because he’s that guy in this movie. Will The Connection be killed because of it? Not his problem. What must be done, must be done.

The bank job does down—but not as expected. Go figure. Seems The Driver has all the angles figured. The end result is another fine car chase, and, in the end, The Detective fails to get his man. And The Driver? He remains unchanged, walking into the night.

Which kind of sounds cool, sure. It’s not hard to see what Hill was going for. It’s just that he never gets anywhere beyond imitation. The movie seems to be saying “I am this kind of movie” without actually being it. It only exists as a statement about itself. 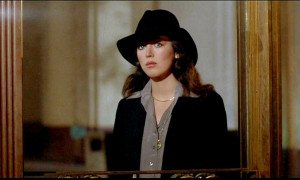 Pretty lady with no soul. So sad.

The Driver didn’t do well when it came out. Neither critics nor audiences much liked it. It was stuck between being an overly arty action flick and an undercooked art film. It’s since grown in stature, as so many older movies by interesting directors do. And Hill is certainly an interesting director, as we’ve been rediscovering of late here at Stand By For Mind Control, having recently watched The Warriors, The Long Riders, Southern Comfort, and 48 Hrs. We haven’t loved any of them, but they’ve all got something going for them. Maybe passion is the word? Hill’s movies are simple and violent, but not for reasons of laziness or exploitation. Hill has a worldview, and he’s expressing it as powerfully as he can. In a way I see him as sort of a poor man’s John Carpenter. Hill has the energy and the nihilism of Carpenter, but he lacks Carpenter’s imagination.

So. The Driver. It’s interesting. I can see why directors have been inspired by its car chases. But no, I sure didn’t love it. Maybe put it on a double bill with Drive if you’re going to watch it. But better yet, maybe just watch Point Blank instead.

3 responses on “Walter Hill’s The Driver: Full of Sound And Fury, Signifying Nothing”