Who is Dick Miller? If you need to ask, That Guy Dick Miller may not be the movie for you. Dick Miller is the original “that guy,” as in, you’re watching a movie, an actor appears, and you say, “Hey! It’s that guy!” At least ninety percent of the time you’ve ever said this, you said it of Dick Miller. You know, this guy: 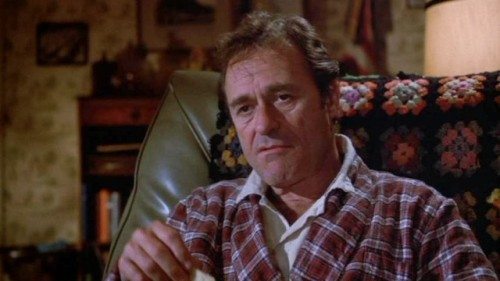 He started as an actor by accident. He came to Hollywood to make it as a writer, but a friend got him a job playing an Indian, Tall Tree, in Roger Corman’s 1955 Apache Woman, only Corman’s third movie. After that, Miller would go on have roles in close to 50 Corman pictures, including what is often cited as his single best performance, Walter Paisley the murderous sculptor in A Bucket of Blood (’59), and as the flower eating weirdo Burson Fough in The Little Shop of Horrors (’60).

Miller has worked continuously since, but his roles are almost always small. He never hit the big time the way fellow early Corman regular Jack Nicholson did. Instead he became the ultimate character actor. He’s completely believeable no matter what role he’s playing, yet he’s always himself. He’s more himself than anyone. I mean no one is themself the way Dick Miller is himself. He couldn’t be any more Dick Miller than he is. He’s known to steal whatever movie he’s in, even if he’s only in it for a single scene. Many directors think of him as a good luck charm. If you’ve got Dick Miller in your low budget flick, it’s going to be a success. 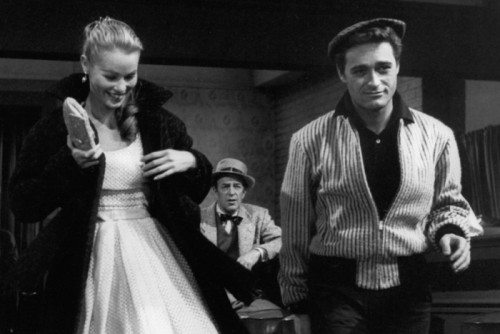 Killing it in A Bucket of Blood

And so anyway, now there’s a little documentary about him, and if you happen to love Dick Miller the way people who love Dick Miller love Dick Miller, you need to see it. It’s utterly adorable from start to finish. If you don’t already love Dick Miller, then, 1) I will never be able to understand you as a person, and, 2) I have no idea how you’ll respond to this movie. Me, I thought it was lovely. I mean no, it’s not like it’s the best documentary ever. No investigations into the unknown are made. You will neither become outraged nor be brought to tears. It’s not a roller-coaster ride of laffs. But how do you not love a movie where a bunch of people talk about how much they love Dick Miller? 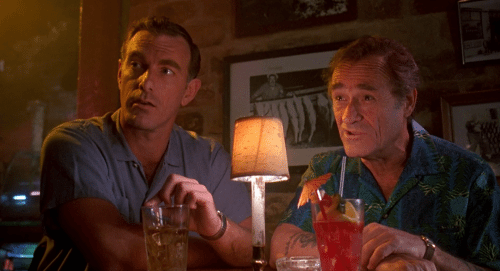 Am I biased? Damn right I’m biased. I even donated to the movie’s Kickstarter campaign a couple of years ago. Not much. But enough to score an autographed photo of Miller from A Bucket of Blood. It’s the only autographed photo of anyone involved in film I have ever owned. Why? Because Dick Miller. That’s why.

Not that he stopped working, but Miller was given a kind of career resurgence in the ‘80s, due in large part to director Joe Dante, who’s cast him in every movie he’s ever directed. This is because by the ‘80s the young filmmakers who’d come of age watching movies in the ‘60s all loved that guy Dick Miller and wanted him for themselves. And Dante, of course, got his start working for Corman, as did so many young filmmakers. They knew the power of the Miller. 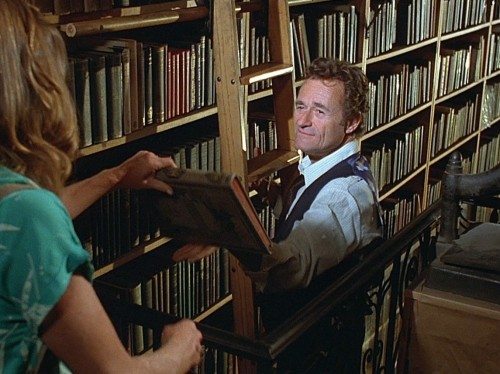 Selling werewolf books in The Howling

I’m guessing I first caught on to Dick Miller in ’84, when I realized the same guy I was watching in The Terminator and Gremlins had been in The Howling and Twilight Zone: The Movie. From then on, Dick Miller was a “that guy” I always had my eye out for, and as I grew up and my exploration into movies stretched backward in time, I saw him turning up everywhere.

Some notable appearances include: Not of This Earth, X: The Man With The X-Ray Eyes, The Wild Angels, The Trip, Night Call Nurses, Big Bad Mama, Piranha, Rock ‘n’ Roll High School, 1941, After Hours, Night of The Creeps, Amazon Women On The Moon, Matinee, and etc. Often times he plays characters named Walter Paisley or just Walter, in a nod to A Bucket of Blood. Tarantino cast Miller in Pulp Fiction in a scene with Harvey Keitel, but it ended up cut from the movie. Alas. 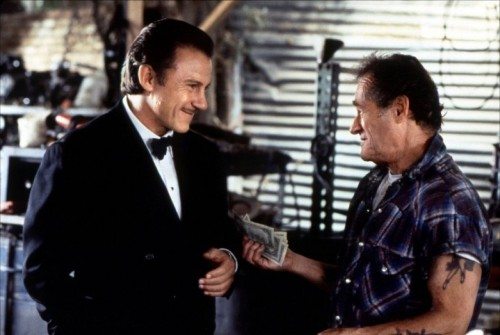 That Guy Dick Miller includes interviews with Roger Corman, John Sayles, Joe Dante, and others, all of whom are overflowing with love for Dick Miller. Of course Dick Miller is on hand too, along with his wife of many years, Lainie, herself a tiny bit famous for having played the dancing stripper in The Graduate.

So that’s all. For you Dick Miller fans out there, you must check it out. And for those who’ve only ever known him as a nameless “that guy,” you should check it out too. You might learn something. 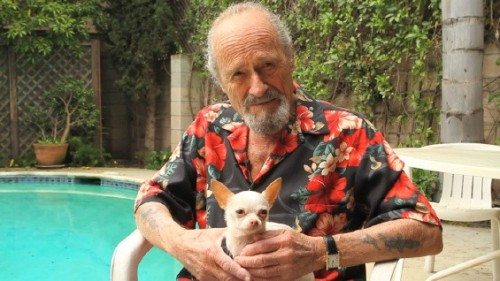 5 responses on “That Guy Dick Miller: A Movie About That Guy, Dick Miller”