We have a friend who tells a story about one of his American Film Institute professors. This professor — as imitated in his Old World accent — declared that in order for a person to be considered a great director, he or she must have made three great films. 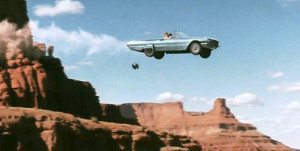 I think this one is going to fall just slightly short.

That’s great films, not solidly good films such as Thelma and Louise. Great films, as opposed to films that aren’t much good but about which people speak highly regardless — i.e. Black Hawk Down or (shudder) Gladiator. And most definitively great films, not films you care for personally despite their objective lack of greatness (I’m talking to you, Legend).

By this strict metric, then, Billy Wilder is a great director (Sunset Boulevard, The Apartment, Double Indemnity, etc.) and Martin Scorsese is a great director (Goodfellas, Taxi Driver, Raging Bull) but many other lauded captains of cinema fall short. Most of them, in fact, and many by a margin of three films.

Consider: Any gifted filmmaker might perchance exhaust themselves creating one stunning piece of cinema (Richard Kelly; Charles Laughton; Michael Lehmann). Considerably fewer might earn two notches on their bedpost (Shane Carruth and Ben Wheatley seem on track as we speak) — but unless you’ve successfully hit your trifecta, please remain in your seat. 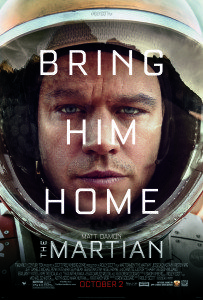 Up until this week’s release of The Martian, one would have been incorrect to call Sir Ridley Scott a great director.

Springing from a career in advertising, Scott made his first feature, The Duelists, with Keith Carradine and Harvey Keitel back in 1977. The Duelists is an interesting film, but not, in a word, great. His next two pictures, on the other hand, are truly great films.

I speak of Alien and Blade Runner.

And if our paraphrased professor above was a little less demanding — requiring only two great films instead of three — those’d be enough to inscribe Ridley’s name in the book of the exalted. Alas, the number is three and three is the number.

So, with some wee vestige of hope, I journeyed to the cinema to watch The Martian, Ridley Scott’s best reviewed film in many years.

Is The Martian great? Does its transcendent greatness finally and firmly elevate Ridley Scott to the pantheon of directors?

Without Scott’s filmography in front of you, this discussion may make you feel testy. Hasn’t he made three great films? 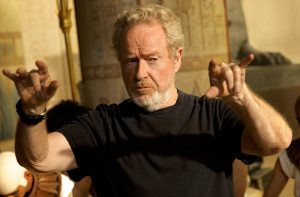 Mess with the bull, get — mostly — a bunch of bull.

Outside of those listed above, Ridley Scott made: Someone to Watch Over Me, Black Rain, 1492: Conquest of Paradise, White Squall, Hannibal, Matchstick Men, Kingdom of Heaven, A Good Year, American Gangster, Body of Lies, Robin Hood, Prometheus, The Counselor, and last and potentially least Exodus: Gods and Kings.

If I’m going to be generous, I would have to say that none of those films are any good. Not good films — at least the ones I’ve seen, and can you blame me for not seeing them all given the company they keep?

But The Martian! Matt Damon! Lost in space!

It is, on its face and upon consideration, not great so much as it is not remotely as terrible as one might expect. And while it may be a tautology to say so, it’s not great because Ridley Scott isn’t a great director — and also because Drew Goddard, the screenwriter, hasn’t done much here but color within the very wide, very thick lines. 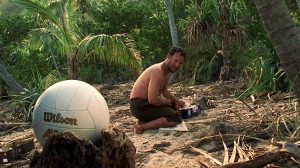 I am going to have to sports-ball the shit out of this.

The Martian is a more engaging version of Castaway, with a planet-sized volleyball and an actual second act. It is a less schmaltzy Apollo 13, only fictional and without character development. It is Gravity, but instead of constant thrills we get juddering spurts of success and failure intercut with some gentle, but well-played comedy. 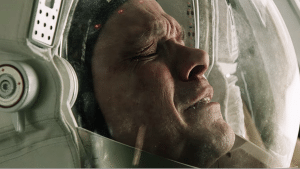 Watney’s true catastrophes in The Martian are the result of luck and, being so, they teach us nothing of the man. Bad luck there, pal. Better do some science and survive. He, as a character, lacks any flaw. He is not stranded or threatened by his ego, or his lust for pumpkins, or his fussiness. He does not express his inner depth by going mad, living as the only human on the angry red planet. He does not — ever — write long, meandering missives to anyone expressing anything more than resigned humor in the face of cosmic catastrophe. Mark Watney just incrementally, slowly, solves problems by translating intelligence into pedestrian action.

In that way, The Martian is like watching someone try to level up in World of Warcraft, just with fewer orcs. Yes, there is drama. There are moments of humor and fear and adventure, but Mark’s journey is completely external. The Martian has a really bad day, for 500 and some days in a row. Then, he goes home. 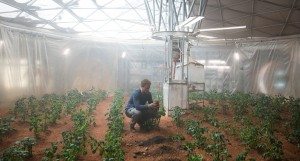 The Martian: a grand space adventure mostly about counting potatoes.

He does not go home changed from how he began the film. I would guess that the same statement holds true for the majority of those in the film’s audience. Perhaps some viewers will gain some appreciation for the methodical power of science as portrayed in The Martian, but it’s just as likely that they will gain an appreciation for pterodactyls from Jurassic World.

Ridley Scott is not a great director. The Martian is not a great film. It’s just good fun. It’s nice that the film’s hero is a scientist who succeeds through rigor, but it remains true: nothing ever happens on Mars. Even if you’re Matt Damon.

2 responses on “Can The Martian Rescue Ridley Scott?”