The big news in the land of Star Wars this past week is that the directing team of Phil Lord and Chris Miller were fired from the junior Han Solo spinoff flick, and ol’ reliable Ron Howard has stepped in to finish the film. Which, it should be noted, has already been shooting for months.

This has caused many to tear their hair, rend their flesh, and lament those damned fool corporate overlords for meddling in the world of PURE ART.

Which is, of course, totally bananas. 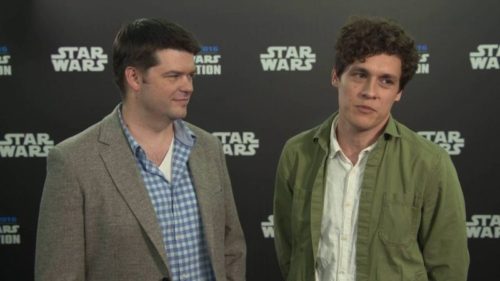 The Star Wars universe is owned by Disney, and Disney owns Marvel, and Star Wars is to be the next MCU—a universe of movies each made to resemble the other, with minor grace notes of variation to give the appearance of originality, and nothing whatsoever challenging, daring, or surprising. These movies, like those in the MCU, are designed to be money-making machines. They must be safe. They must be predictable. They must be familiar.

They must be the kind of movies that, at best, even those, like me, not predisposed to give a shit about any of them, will see and say, “Sure, it wasn’t bad, there were some laughs, I guess it was fine.”

In short—unobjectionable. Made with a modicum of easily-digestible style in a way the average viewer will not find stupid or boring. A low bar, to be sure, but one that nevertheless exists. Fall below it and you wind up with Batman v Superman.

Marvel is the reigning master of this ethos, with Warner/DC struggling to find their footing. With the success of Wonder Woman, maybe they’re on their way.

None of these movies are made by writers and/or directors with a passionate need to tell a story. They are conceived of by the producers, their CGI action sequences are developed by the previz team, the stories are assigned to writers, and the job of directing is just that: a job. Some do their job with a little extra panache, some with considerably less.

Variety gives a nice rundown here of how the firing and hiring of directors, even mid-shoot, is as old as Hollywood. From Gone with the Wind to Spartacus to Waterworld to The Good Dinosaur, “artistic differences” between producers, stars, and directors is nothing new. 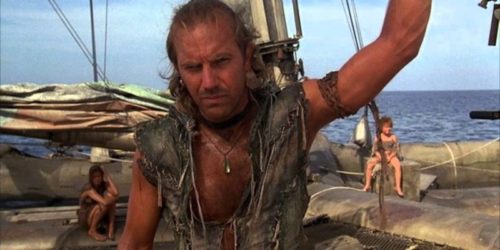 Take a hike, Reynolds. I got this.

What is new is the extent to which they who control the current big-budget universes are wielding their power. It doesn’t matter who they’ve hired to direct, newcomer or past hitmaker—if their vision drifts too far from the predetermined style, and if they’re unwilling to rein it in, out the door they go.

So it is with Lord & Miller. Seems a certain vocal segment of movie nerds are outraged. I’m not sure why. Lord & Miller made Cloudy With a Chance of Meatballs, an animated movie based on a children’s book, two movies based on Lego, and 21 Jump Street, a movie based on a TV show. Their stock-in-trade is self-referential gags, gags making fun of the very movie you’re watching. Which is about as low as low-hanging fruit hangs. Their Lego Batman Movie is nothing but a series of often improvised jokes about how dumb superhero movies are intercut with an ultra-sincere lesson for kids about the importance of family. But sure, it wasn’t bad, there were some laughs.

It’s not hard to see how their style might conflict with Star Wars. Star Wars has jokes, but not at its own expense. Han Solo isn’t a cut-up, he’s a selfish rogue. Lord & Miller’s brand of of hip snark sells tickets, but Star Wars was never about snark.

So Kennedy and writer Lawrence Kasdan didn’t like what they were seeing and the directors were canned. Should we care? I don’t see why. The Force Awakens and Rogue One shuffled through writers and directors too, if not mid-principal-photography, and look how those turned out. Poorly, to my eyes, but they were financially successful, well-reviewed, and loved by audiences.

Presumably the same Star Wars fanboys/girls who loved those movies will love the new one. What difference could it possibly make to them who’s directing it? Were they crushed not to see enough of Gareth Edwards’s grim, humorless vision in Rogue One? Did they see the recent Star Trek debacles and praise the lord that Kennedy blessed them with Abrams’s unique, lens-flared vision for The Force Awakens? And are they salivating over beloved stylist Colin Trevorrow’s forthcoming Part IX? Maybe. I hear his newest film, about a dead child bent on murdering his neighbor, is a must-see.

For they who love the Marvel universe and the past two Star Wars movies, the firing of a director mid-shoot should if anything be a good sign. Anyone who’s ever written anything knows it’s easier to edit what’s on the page than to write something new. Lord & Miller have shot a lot of movie. Great. Howard will be brought up to speed on what the movie’s supposed to be like, go through what’s been shot, and add what’s needed to realize the concept as laid down by Kennedy and Kasdan.

This is how it works now. If you like the results so far, what’s there to complain about? This is the process. If you’re beholden to the notion of singular artistic visionaries directing their dream projects, you aren’t talking about Marvel or DC or Star Wars. The next Star Wars won’t be the next Star Wars. It’ll be an original, a movie you never knew you wanted until you saw it, made by a writer and a director (likely one and the same person) with a story they had to tell. 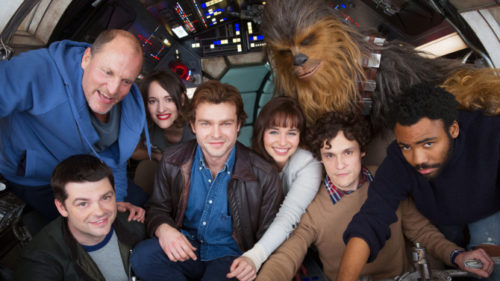 3 responses on “Why Does Anyone Care Who Directs A Star Wars Movie?”