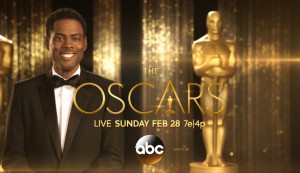 I don’t want to lay all the blame on your head, but it is clearly your fault that the #OscarsSoWhite.

Coming to this conclusion requires only logic. And a glass of bourbon, if you’re pouring.

Do you see where I’m going with this? In short, the Oscars are a giant marketing tool that people in the club give themselves so their work makes them more money. If you’re not in the club: no Oscar.

Right now, there aren’t a ton of minorities in the club. So in that sense; yes: it’s the Academy’s fault #OscarSoWhite. But blaming the Academy for a lack of people of color in their pool of nominees is like blaming the wall for stopping your runaway car. The problem existed LONG before the stupid, stupid wall got involved.

The problem existed because you didn’t go to see Chi-Raq and films like Chi-Raq in the theaters, and neither did your grandpappy. If you had, and films like Chi-Raq made a killing, then Hollywood would do what Hollywood does, which is take anything resembling a profitable idea and pulverize it into its composite atoms so each atom could then form the basis of a series of films in the Marvel Cinematic Universe. 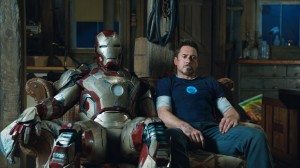 “It makes money?” says the imaginary studio executive? “Let’s make seven just like it so we make more of that money.” Let’s get the people who made that money into our club so we can suck 20% off the top and take all the profits when their work hits the theaters via our distribution arm and pours into our mafioso-inspired accounting systems.

It’s not that Hollywood doesn’t like black people or women; it’s that they have no feelings whatsoever. Studios only care about those who have already proven they can bring in the bucks — and that can be Samuel L. Jackson or Kathryn Bigelow or a dead gopher or six tons of swamp gas wearing a bow-tie — they don’t fucking care so long as you’ll buy tickets to see it on the screen. 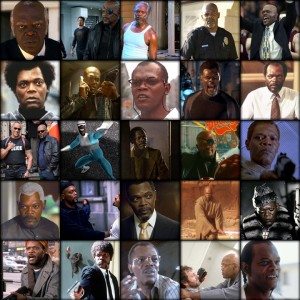 A still from every movie ever made, except Gunga Din

So yeah. It’s our fault. Or at least our responsibility.

We — the audience — set the demand. The industry responds to our demand with product and then AMPAS gooses that product with awards so it makes everyone in the club more money.

If we want to fix the problem — and we do — one first-step solution is to stop giving any fucks about the Oscars (or the Golden Globes, etc.). Going to see a film because it won a ton of Oscars is like buying a cheeseburger because you saw a commercial for the best cheeseburger ever. It is exactly the same. You’re buying what an industry has decided it’s in their best interest to sell you. Sometimes that product can just so happen to be good (12 Years a Slave) but just as often it’s whatever Ron Howard churned out, or it’s Leonardo DiCaprio‘s turn to be feted or whatever. 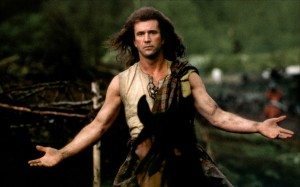 I am the best director.

If you think the Academy Awards are about the ‘best’ of anything, then you have probably also bought a whole lot of disappointing cheeseburgers. Braveheart won Best Picture, folks. Fucking Braveheart, and that featured Mel Gibson pretending to be 15 years old and screaming ‘freedom’ as his nuts were pulled off. Rocky won best Picture the same year All the President’s Men, Network, and Taxi Driver came out.

Rocky is a good film but let’s get serious. It’s not about ‘best’; it’s about easiest to sell to as wide an audience as possible. It’s about money. Show them that money is in films that aren’t swamped with white men, and that’s what they’ll parade up and down the red carpet. 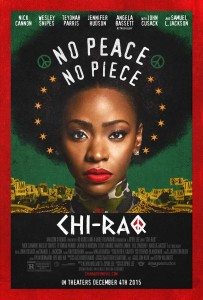 And that — finally — brings me to Chi-Raq, Spike Lee’s latest, which you most likely didn’t see, and so they had to give Spike Lee an honorary Oscar to cover their embarrassment at never giving him one for anything else.

Chi-Raq is a weird goddamned film that’s worth your boggling attention. I wouldn’t give it any Oscars, but I give no fucks about the Oscars and I bet Spike Lee’s over it as well. He made Do the Right Thing; what have you accomplished? Braveheart? Puh-leeze.

Chi-Raq is a modern retelling of the ancient Greek play Lysistrata, in which the women of various Greek city-states go on a sex strike to force their men to stop with all the killing and wars. It’s a comedy, and a good one. Uprooted and replanted in modern Chicago, the story still works, but not as neatly. This is mostly because on top of the play’s substantial messages about violence and power, Lee and co-writer Kevin Willmott have layered on a number of equally substantial messages about race and politics.

They also have most of their characters speak most of their lines in rhyming verse. Sometimes this is engaging and well-played and other times it drives you straight into goofyland. 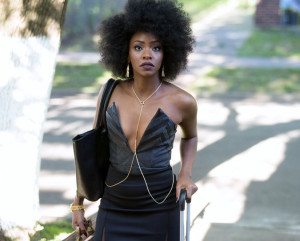 The film begins with a rap about Chicago — nicknamed Chi-Raq, like Iraq, due to its deadliness. This intro of statistics and on-screen lyrics is both fascinating and too long, which pretty much describes the whole film. Which is a musical, rhythmic, garish, vaudeville with moments of arch comedy, lip-licking lasciviousness, and raw trauma. It’s also way too big a mouthful, even for Spike Lee.

Teyonah Parris plays Lysistrata, girlfriend of the Trojan gang leader, a rapper also known as Chi-Raq (Nick Cannon). She steers this overloaded train with ample style and exuberant verve and general fabulousness. All of the other characters — portrayed by actors including Wesley Snipes, Jennifer Hudson, Angela Bassett, Sam L. Jackson, Isiah Whitlock, Dave Chappelle, and John Cusack — never become more than crudely sketched semi-operatic caricatures. The best of them (Angela Bassett) bring some pathos and the worst stumble around like soap stars attempting Shakespeare. Cusack is particularly wrong footed as the local friar and I’m still unsure if he’s painfully miscast or if he was supposed to feel so out of place. 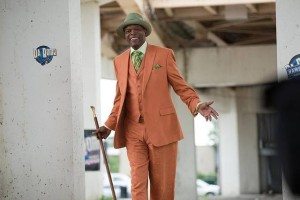 I’m pretty sure Sam L. Jackson was in every film I saw this year.

Cusack, of course, being a local Chicagoan, had personal reasons for wanting to support the film and its message.

Chi-Raq stumbles repeatedly trying to make its source material blend with modern sensibilities, often coming across as clownish when it ought to be deadly serious. Or serious when you’re in the middle of laughing. The original play had nothing to do with the complicated issue of race, but Chi-Raq can’t avoid that and doesn’t try. As such, it’s a frankenturducken of scenes and characters that don’t smoothly relate to one another or to reality.

Piece by piece, however, it’s got substantial magic. You’ll love half of a scene, or wish others were part of a more cohesive picture, or — a minute after it’s ended — finally catch up to the rhyming dialogue to realize you missed a good joke or an arch insight.

A character I couldn’t care about, alas.

By its end, Chi-Raq feels less polemical and more like a bizarro Les Miserables without a big enough budget. Spike Lee makes his point about the avoidability of violence and our communal power to reclaim our streets, but he makes it less clearly than Aristophanes did centuries ago. Albeit this version has David Patrick Kelly riding a canon and a double-dose of bountiful booty, so your results may vary.

If more Academy members had seen it, if Amazon Studios was a bigger fish, would Chi-Raq have been nominated for any Oscars? Likely not. It’s too brazen and ambitious and insane.

I liked it, though. I’ll remember it. I’m glad it exists and I’m glad I saw it. Teyonah Parris’ name is in my head and I wouldn’t be surprised or disappointed to see her on stage someday soon, holding a gold statue about which I’ll give no fucks.

One response on “You Didn’t See Chi-Raq? That’s Why #OscarsSoWhite”