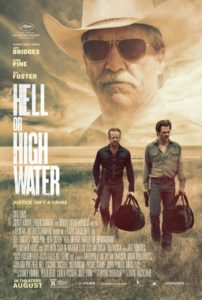 Familiarity isn’t always a bad thing. It just feels that way when everything in theaters is a sequel, a reboot, a remake, or what is, no matter the tormented cries of the nerdosphere, part eleventy-teen of a plodding cartoon about men in tights fighting to possess the largest number of magic space beans. Sometimes you want to relax into the welcoming arms of a nice little genre flick not because it offers any surprises, but because it doesn’t.

Hell or High Water is that movie. It offers not a single surprise, twist, or new spin on an old tale. It’s a story that plays out exactly as this story has always played out. The key is that it does so with some measure of grace and simplicity and characters who, if not quite fleshed out enough to feel real, don’t feel like someone snipped them from the pages of a comic book.

Two brothers, Toby and Tanner (Chris Pine and Ben Foster), are robbing banks in West Texas. They’re not after big scores, just whatever’s in the tills, minus the marked bundles. And always branches of the same bank. Jeff Bridges, doing his mumbly old codger act to a tee, plays Marcus, the Texas Ranger one investigation shy of retiring. His partner, a half Mexican, half Indian old timer himself, Alberto (Gil Birmingham), is as quiet as Marcus is talkative. They rib each other, drink beer, and wait for the robbers to slip up. 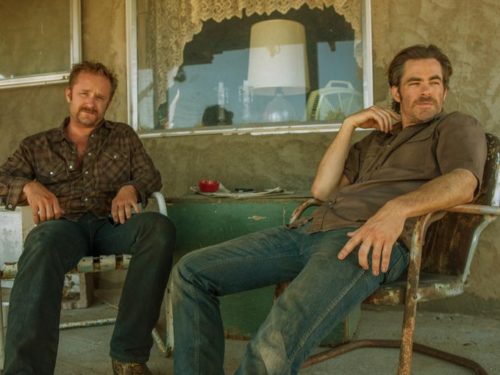 You think maybe these brothers, despite their thieving ways, are up to something heartwarming and altruistic? I think you do. You think, after only their first robbery, wise Ranger Marcus figures the same thing? He could figure nothing less. Will his partner scoff at his evidence-free theory until, lo and behold, Marcus is proven right? Ayup. Is one brother a loose cannon and the other a sensible man pushed just a little too damn far? Will there be a touching yet violent sacrifice come film’s end? Will you still care?

You will. The characters are compelling. Their dialogue is chatty but tightly written, as in little exposition, but no I-sure-wish-I-was-Tarantino scenes of meaningless blather popular among writers who aren’t Tarantino. Taylor Sheridan wrote it. He wrote last year’s Sicario (to lesser effect, from my perspective), and his debut as a director will be coming out next year. 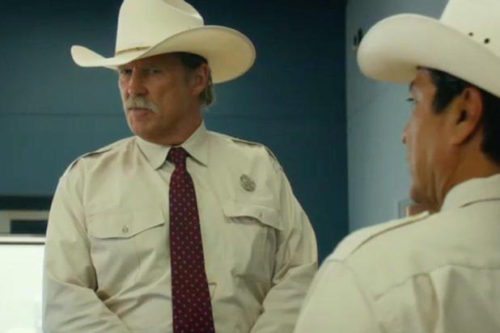 David Mackenzie is the director, a Scotsman none of whose previous eight features I’ve seen. He shows a real fascination with the wide open emptiness of Texas and the dying, dusty towns in which the action is set. The one difference between Hell or High Water and the films it resembles is its theme of economic doom. Every town looks half abanded, billboards advertise nothing but schemes to relieve debt or get rich, and the only true villain on display is the bank. Everyone hates the bank.

Given the economic theme, I was a little disappointed by the last scene. Though it wraps things up in exactly the way such a movie is supposed to wrap things up, it makes no mention of crushing debt as the root driver of the story. The conversation of the two last characters feels a little too pat and unearned.

There’s a way in which the whole movie feels unearned, like its characters are going through their paces without ever quite rising to the level of unique human beings. The violent showdown at film’s end, though absolutely required, left me scratching my head in terms of character motivation.

So maybe Hell or High Water isn’t a great example of this kind of movie. I doubt I’ll return to it. But it’s certainly a good example. In a summer clogged with ghastly movies I want to poke in the eyes with a sharp stick, or just toss a damned cinderblock into, it stands as a pleasant surprise. 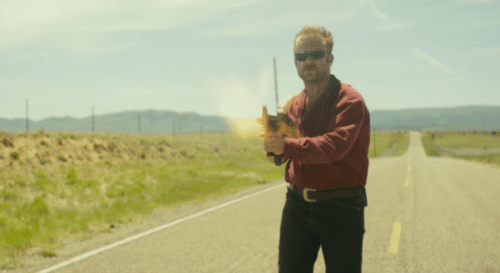 4 responses on “Hell or High Water, In Which They Make Them Like They Used To”